Racheal Lynn Woodward, better known by her stage name RaeLynn, is an American country singer and songwriter who rose to prominence after finishing third in season two of the reality talent show "The Voice."

RaeLynn was born as Racheal Lynn Woodward on the 4th of May 1994 in Baytown, Texas, and was raised alongside brother Jake Holtz who is also a musician. Regarding her academics, she was graduated from a High school in Texas.

RaeLynn began singing country songs when she was just 11 years old. She also used to sing at churches. The 26-year-old decided to participate in one of the popular singing reality shows to professionally start her singing career.

Lynn competed in the television singing talent show "The Voice" in 2012 and was chosen to be on Blake Shelton's team. She wowed the judges (Blake Shelton, Adam Levine, Christina Aguilera, & CeeLo Green) with her audition performance of Pistol Annies' "Hell on Heels."By singing "Free Fallin," she won the Battle Rounds.

At the show, she performed her single "Boyfriend," which charted on Billboard's singles chart and came in third place in the competition. Her appearance on 'The Voice' revealed her talent to a large audience and provided her with many opportunities. In 2012, she signed a recording deal with Republic Nashville, and in April 2013, she signed a publishing deal with Dr. Luke's Prescription Songs. 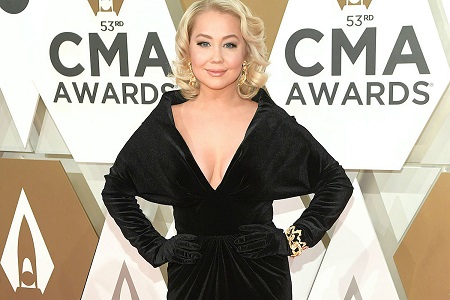 In 2012, RaeLynn officially released her debut single, "Boyfriend," which peaked at number 32 on the Billboard country chart and sold 27,000 copies in its first week. On July 1, 2014, she released her hit single, "God Made Girls."

The Boyfriend singer, performed "God Made Girls" on season seven of "The Voice" on December 2, 2014. The song charted at number 7 on the country chart and was certified gold by the Recording Industry Association of America (RIAA).

Although she recorded her debut album with Valory Music Co., she ultimately parted ways with them and signed with Warner Music Nashville, which released her album, "WildHorse," on March 24, 2017. Billboard's All-Genre Album Sales chart put ‘WildHorse' in the top ten, and the Billboard Country Albums chart debuted at number one.

In 2018, the God Made Girls singer strayed from her comfort zone and released the single ‘Festival,' a modern pop single. ‘Queens Don't,' her next release, was also a pop/rock hit. She's also co-written a few tracks, including 'Lie,' which she wrote with Miranda Lambert. Rea recently revealed that she had signed with Florida Georgia Line, an American duo.

As of March 2021, ReaLynn's net worth is estimated at around $2.5million.The significant source of her income is from her successful career as a Singer. Additionally, the singer also earns money from her musical tours, gigs, and royalties from her album. She also has an official YouTube account from where she makes anywhere from $3k to $50k a year.

Personal Life: Does She Have Diabetes?

RaeLynn is a married woman. Joshua Davis, a veteran, and financial planner, is her husband. In October of 2015, the couple announced their engagement and their dream wedding took place in Nashville on February 27th, 2016. 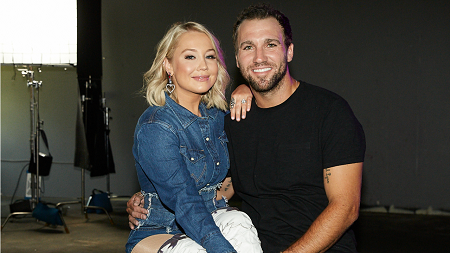 The couple hasn't had any children as of March 2021.

"Queens Don't" singer has Type 1 Diabetes and always travels with her 85-pound German Shepherd who helps her detect her sugar level. "Jazz is my therapy dog, and for years he has been by my side and traveling all over the country," she explains. “In terms of my diabetes, he is there to detect when my sugar levels aren’t right. He goes everywhere with me."