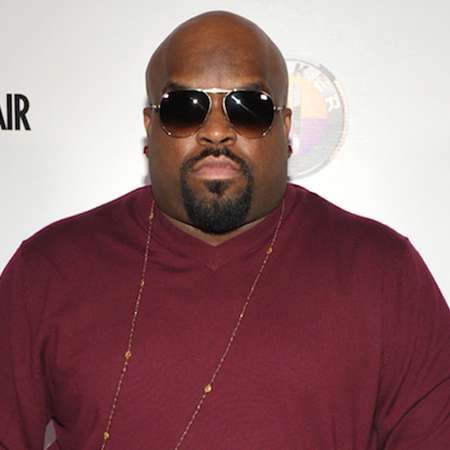 CeeLo Green, a multi-talented rapper, singer, songwriter, actor, record producer, and businessman was born on May 30, 1974, as Thomas DeCarlo Callaway. His parents were both ordained ministers. Green's father passed away when he was just the-the age of two and his mother, Sheila J. Tyler, who was a firefighter died when he was 18 years old after she was paralyzed for two years due to a car accident.

During CeeLo was in a deep depression after is mother's death and just started his music career with Goodie Mob. Later, wrote and sang out his sufferings throughout his career in songs like 'Free' by Goodie Mob, St. Elsewhere's 'Just a Thought' and 'She Knows' and 'A Little Better' both on The Odd Couple. In Goodie Mob's album titled Soul Food, Green included a song about his mother called 'Guess Who.'

In CeeLo Green's documentary,produced by Absolut Vodka and The Fader, he explained about his successful career is due to his mother, and said that led towards "crossing that threshold over into a career". He is American by nationality and belongs to black ethnicity.

CeeLo Green was educated at Riverside Military Academy, an academic status for boys in Gainesville. He started singing from a young age and sang in Church. In his early career, he initially joined hip hop group of Atlanta called Goodie Mob and Green was the youngest member. The group was part of the rap collective the Dungeon Family, where Outkast also included. In 1995, Goodie Mob released their first album Soul Food and their works were critically praised as the breakthrough of the southern rap music.

CeeLo Green provided backing vocals to TLC's 'Waterfalls'. In 1998, the Goodie Mob's second album Still Standing was released which also received positive responds. The following year, the group released World Party, to become their third album. In the fall of 1999, Green left Goodie Mob and decided to go solo under Arista Records, Inc. while the other member continued under the same name with Koch Records. Although they are separated they still collaborate in the Dungeon Family album Even in Darkness. In Santana's album Supernatural, Green was one of the ten guest musician contribute in 1999. Lauryn Hill and Green provided lead vocals in 'Do You Like The Way', written by Lauryn Hill.

CeeLo Green's career with the Arista Records was not long lived and was dropped off  after two albums because of low sales. In 2000, his debut album 'Cee-Lo Green and His Perfect Imperfections' was backed by many other Dungeon Family. Although the album was sold up to the expectation, his single 'Closet Freak' achieved some airplay.

CeeLo Green's second album in Arista 'Cee-Lo... Is the Soul Machine' was released in 2004 and this album was more success than the first one. This is certainly due to the collaboration of famous hip hop stars like Pharell Williams, T.I. And Ludacris. The album received positive reviews, and was described as "one of the most ambitious albums to come out of any genre in recent times.”  and ranked number two on the Billboard Top R&B/Hip-Hop Album Chart.

DJ Danger Mouse and Green first met at The University of Georgia's event and later went on to collaborate and formed a duo named Gnarls Barkley. The duo worked together on songs like 'What U Sittin On? (remix) and Benzie Box, from the Danger Doom album The Mouse and The Mask (2005). On April 24, 2006, Gnarls Barkley's debut album St. Elsewhere was released in the UK and later in the US on 2nd May 2006. According to Rolling Stone, the album and their single 'Crazy' ranked number 1 in the UK based on digital downloads. On March 2008, the duo's second album The Odd Couple was released while the first single Run (I'm a Natural Disaster) was released in January.

On August 14, 2010, CeeLo Green released the single 'Fuck You' on YouTube and made a viral hit and later in September Green released a music video for the song. 'Fuck You' peaked at number 1 on the UK Charts, where the song knocked out Robbie Williams and Gary Barlow's collaboration 'Shame', creating 2 million plays in less than a week. For which Green earned a Grammy award nomination in December 2010 and was certified Gold in the US and Denmark. Fuck You!

In 14, August 2011, Green performed 'Forget You' and 'Bright Light, Bigger City' at the WWE SummerSlam. The same year, he performed at the Billboard Music Award of 2011.

On November 2011, CeeLo Green re-released The Lady Killer as a platinum Edition and the album contain 16 original tracks. Green wrote and recorded 'Language of Love' for the American romantic comedy film 'Sex and the City 2' soundtrack. In March 2012, he performed 'Fuck You' at the fundraiser for Barack Obama. In September 2012, Green released a song ' I Love Football' in accordance to the tune of Ramones's 'Blitzkrieg Bop' and was chosen the theme song for Thursday Night Football by NFL.

CeeLo Green, with the member of Goodie Mob, had minor roles in the film Mystery Men in 1999, as part of the member Not So Goodie Mob, in which she played as Thomas Burton a.k.a Cee Lo. He has also provided his voice for Prime Cut Miggity-Mo' Macdaddy Gizzabang Doggy Dog Dog on the episode of the Brak Show in 2002, Godzilla in the episodes 'Squaw Burry Shortcut' of Robot Chicken in 2007. Green also credit his voice, including Class of 3000's Christmas special as Frank and Buddy Z, in Boondocks as Rev. Rollo Goodlove and The Hunger Strike of 2008.

CeeLo Green served as a judge and coach for the reality singing TV show 'The Voice', from season one to season three and retired as a coach on season five. He also made an appearance in the season 3 of NBC show, Parenthood episode Tales From the Luncheonette as a guest-star. He also appeared as himself on American Dad episode Hot Water. Green with Madona appeared on the Super Bowl halftime show on February 5, 2012. On March 31, 2012, Green showed up at the 2012 Kids' Choice Awards.

In the year 2013 of May 23 and 24, he performed at the Singapore Social Star Awards. On June 23, 2014, Green debut his new reality-based docu-comedy TV series CeeLo Green's The Good Life on TBS, in which he appears alongside the other members of Goodie Mob. On September 6, 2014, TBS said that they were canceling the show in the beginning of Green's controversial comments on rape.

Besides Green's successful career, he described himself a 'goon' during his youth and as well as a "kleptomaniac, pyromaniac as well, a plain maniac. He has married once with Christina Johnson but divorced in 2005. He and Johnson shared one son named Kingston (born September 30, 2000) and Green was the stepfather to two daughters named Sierra and Kalah. Her stepdaughter Sierra was cast on the MTV show My Super Sweet 16, during her 16th birthday.

Cee Lo Green's involvement in the music industry has put the world of music into a whole new level. One can follow on several social networking sites and extract his biography from other websites as well. In the end of 2015, the PEOPLE revealed that Green is engaged to his long-time partner/girlfriend Shani James. His talent has showered him with a net worth $20 million with a handsome perk of salary.

During the Coachella Valley Music and Arts Festival in April 2011, Green reached the place late in 25 minutes, performing five songs including Fuck You! And Crazy. While his performance was scheduled to end at 5:40 but at 5:44 his microphone was cut off as he was apologizing to the audience and left the stage angrily.

Managed by Primary Wave Entertainment, Green has recommended a number of brands, including M&M's, 7 Up, and Duracell. Green owns part of the sake brand TY KU and the company has worked with him on several business ventures, such as a commercial promoting the brand, called the "first national sake commercial" in the United States. In 2011, New York Times reporter estimated that Green earned about $20 million USD, mainly from the advertisement deals, in that year alone.