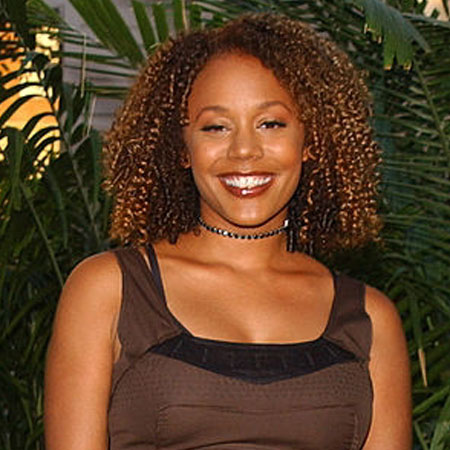 Rachel True is a former fashion model who is popularly known as a film and television actress. She is well recognized for her work in movies including The craft, Nowhere and Half Baked.

True was especially appreciated for her role as Mona Throne in the UPN sitcom series titled Half and Half from 2002-2006.

Rachel True was born as Rachel India True on 15th November 1966 in New York City, New York in the United States. She is an American by nationality and ethnicity wise she is an African-American.

Strategically placed #tb proving I was a ham at any age I love my lil chair.. similar thighs to now #racheltrue #babypictures #genx baby

The zodiac sign of Rachel True is Scorpio. Her father was a follower of the Jewish religion. True completed her studies from the New York University.

Rachel True made her television debut in the year 1991 by appearing in The Cosby show. Soon after, she moved to Los Angeles in search of better opportunities. Then she got a chance to work in different television series like the Beverly Hills, 90210, Getting By, The Fresh Prince of Bel-Air and Dream On.

She made her film debut opposite Chris Rock in 1993 playing the role of Daliha in the film CB4. Then she worked with Alyssa Milano in the horror movie, Embrace of the Vampire. True got a big breakthrough in 1996 when she got the chance to work in the movie, The Craft. The movie featured other stars like Robin Tunney, Neve Campbell, and Fairuza Balk.

True portrayed the role of a teenage witch in the movie. She got noticed by the media as well as by the audiences after her outstanding work in that movie. In this way, Rachel True has worked in over two dozen movies and television series.

In 2017, she appeared in few films and TV series, Limelight, Good Grief and Being Mary Jane. She currently filming Laveau and Anders Manor.

Rachel True has already gathered over two decades of experience in Hollywood. She has worked alongside big celebrities and actors in many Hollywood blockbusters. True gets a handsome amount as a fee for her work in the movies and television series. According to sources, her net worth is estimated to be around $500 thousand.

Rachel is an unmarried woman. She is not dating anyone (publicly). Rachel True is still single even though she is talented and gorgeous. True has considered keeping most of her personal details private.

Information related to her boyfriends, affair, husband, children or relationship status has not been revealed yet. Rachel True has been mostly busy to uplift her career so she hasn't been romantically involved with any man till now.