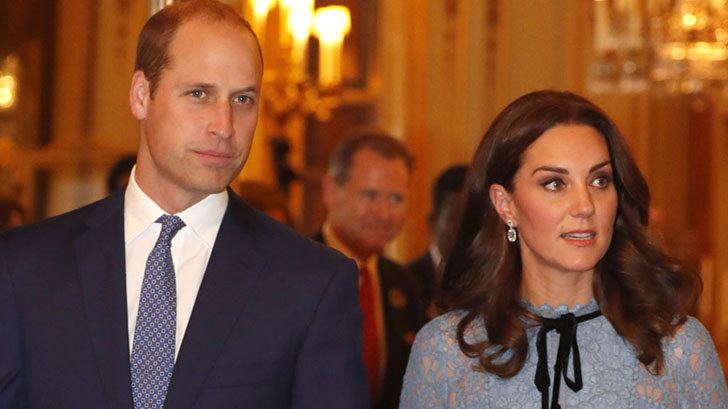 Princess Kate Middleton has made her first public appearance since the announcement of her third pregnancy. The Duchess of Cambridge attended a reception at Buckingham Palace in honor of World Mental Health Day along with prince and Prince William and Prince Harry.

Kate was seen in a light blue Temperley dress for the occasion where she appeared to be in good health who has been recovering morning sickness.

The Duchess’ condition is improving, but she’s still suffering from Hyperemesis Gravidarum.” He added, “She is delighted to be here tonight.

Kate had been out of the public eye since she visited the White Garden to mark the 20th anniversary of the death of Princess Diana in August.

All eyes were at the tiny baby bump of a reportedly less than 12 weeks pregnant. However, people expressed their doubts on her pregnancy after seeing an Instagram posts from the Kensington Palace. One commented: “I can’t believe she’s prego, she looks too thin.” Another said: “Really, Is she pregnant?”

Their Royal Highnesses invited guests from across the country who work in leading mental health organisations. #WorldMentalHealthDay was the perfect opportunity to celebrate their work.

I look more pregnant than Kate Middleton but ok.

On the other hand, some rushed to her defense and Bobette_clark wrote: “I don’t think she cares how it looks to others. I think she does what she thinks is right, the best that she can.”

she is very strong for even getting out of bed, let alone hair and makeup was done for this event. I’ve had HG for three pregnancies and know she’s probably dying inside.

Kate along with William and Harry managed to sneak into the gathering through a hidden door in the palace’s white drawing room- they met representatives including Mind president and comic Stephen Fry. In September, Princess Kate and Prince William announced they were expecting their third child.