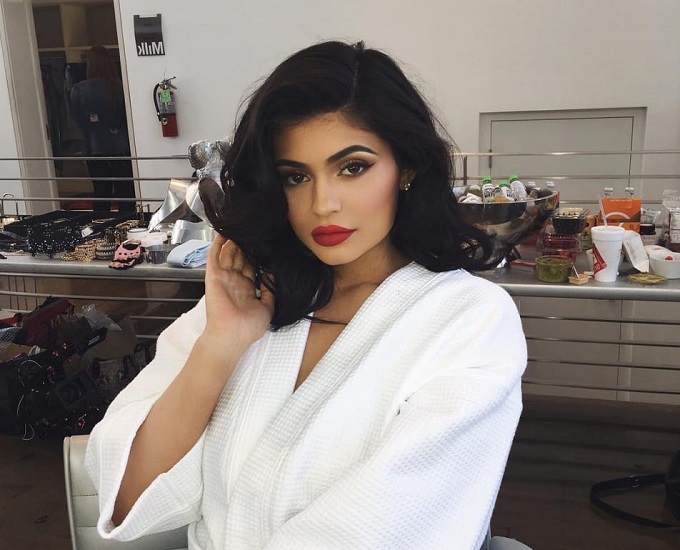 Kylie Jenner is showing off what seems like first signs of her fresh baby bump! Part of the Kardashian clan and owner of the Kylie Cosmetics, a brand that will soon be valued at $1 billion, the 20-year-old social media sensation is expecting her first child with boyfriend Travis Scott. And following the news of her pregnancy, Kylie Jenner recently shared a glimpse of her baby bump with her BFF Jordyn Woods on Instagram.

King Kylie captioned the picture with her best friend and a giraffe, “Yesterday was cute. Hope you had the happiest of birthdays Jordy. Love you forever ever and beyond..” The picture was taken on Friday but uploaded on Sunday only.

Following the slight baby bump exposure, Jenner posted another photo on Sunday in which she is seen with a gan of girlfriends all wearing white bathrobes.

Kylie posted the photo with a simple caption that read, “Mornings.''

Kylie Jenner recently went to see Travis Scott, her current boyfriend, and father of the child she is carrying, perform at the T-Mobile Arena in Las Vegas next day after news of her pregnancy went viral. The star of Keeping Up with the Kardashians wore an oversized black tee paired with brown plastic pants to cover up her baby bump. The makeup mogul is expecting a baby girl in February.