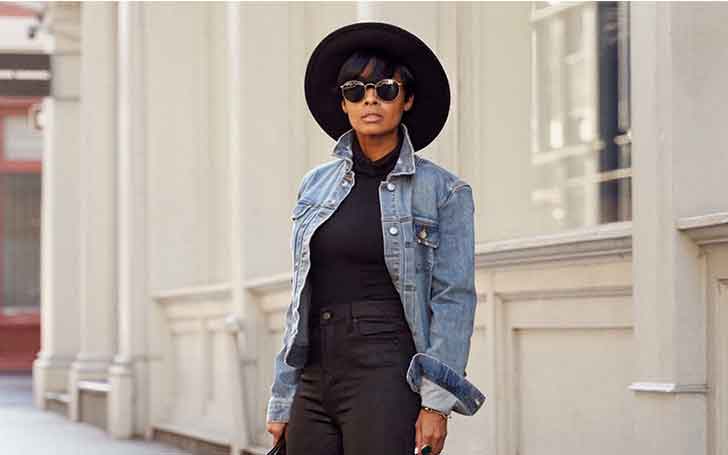 Kyrzayda Rodriguez is no more among us as the fashion blogger passed away on the 9th of September after battling against the stomach cancer for over a year. During her battle against the disease, she inspired many people for her bravery.

The late fashion icon Rodriguez's lived life to the fullest. How was her professional and personal life? We have all the details here.

Fashion blogger Kyrzayda Rodriguez passed away on the 9th September 2018 from stomach cancer. The blogger was suffering from cancer for over a year. Last year in November 2017, Rodriguez broke the news to her fans and since then she was regularly sharing her battle with cancer to her 482K Insta family.

Rodriguez was diagnosed with the 4th stage of stomach cancer, which made her recovery difficult. She went through the major treatment of chemo session and during the therapy she lost her hair. After losing hair, the fashionista decided not to wear a wig and flaunted her natural beauty with her bald head. 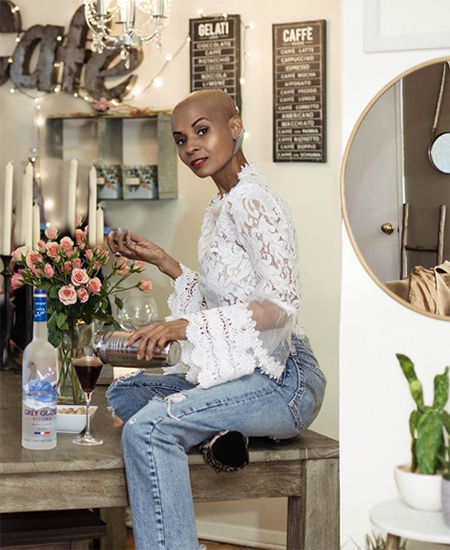 Kyrzayda lived her last moments with happiness. Even though she was in great pain, she always fought her best and became a source of inspiration for many for her courage and bravery. She lived her last days as if it was the last and thanked God for every day. Her daughter took care of her during the treatment.

You were someone who inspired so many people across the world. Not only were you an icon, you were an amazing daughter, mother and friend. Our hearts are broken to see you go. But we know you are no longer in pain and can now rest. Heaven has gained an Angel! We love you forever! - Joanne 8.18.78 - 9.9.18

Sadly, the beautiful soul left us and is resting in peace in heaven. Though Rodriguez left us, she will be among us through her inspirational deeds. In August 2018, she stopped the cancer treatment to enjoy her time with her friends and family.

Rodriguez had established herself in the fashion industry a long time ago. Along with her job, she started her fashion blog Kyrzayda - Fashion, Coffee, Style in 2013, and, later, in 2014 her blog slowly started attracting the attention of many people. In 2016, she became a fulltime blogger quitting her job.

As Kyrzayda was extremely passionate about fashion and fitness, she did an amazing job in the fashion industry that she establish her name on her own. She was featured in the magazine Vogue Italia, Refinery29, Style Watch Magazine, and others. She has worked with the stars like Glency Feliz, Daniela Ramirez, and Dulce Candy for the #WeAllGrow panel. 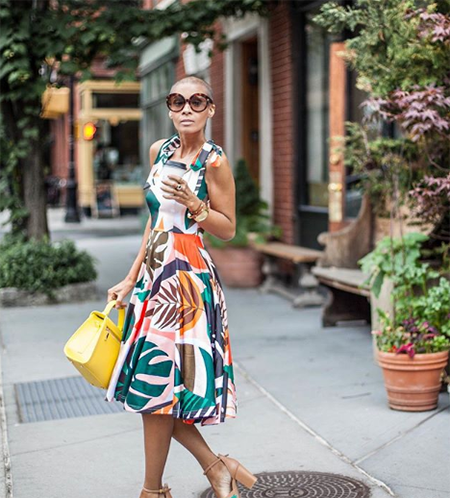 Following her diagnosis of cancer, some brands stopped approaching her as she lost her hair but fortunately, she kept getting work. In her healthy day, she used to do multiple shoots as she didn't know what her body will feel the next day.

Despite the major health issue as she was driven by her passion and worked till the last day of hers. She has proved herself as a talented fashion stylist with her amazing creations.

Kyrzayda Rodriguez had led a low-key personal life. She never shared any information regarding her family on the social media. She was living with her daughter named Kiandra Pinto who took a great care of her during the treatment. However, there's no information about her husband or the father of her daughter. 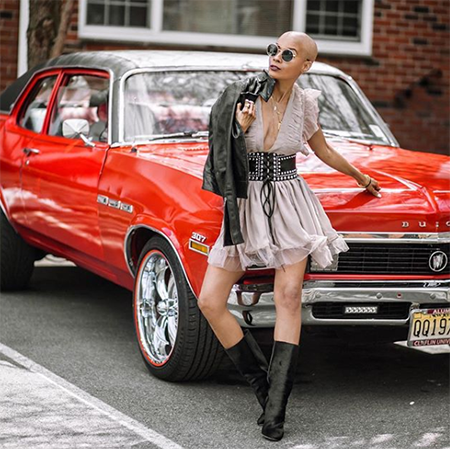 Other than that, she was seen enjoying with her friends during her free time. She was blessed to have so many loving people around her during her difficult time. Rodriguez had lived a luxurious life from her hard work and dedication.