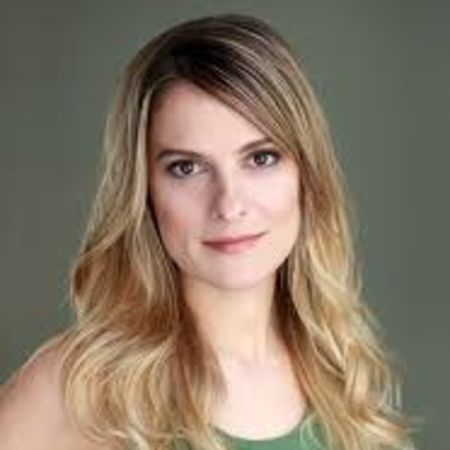 Phoebe Tyers is an actress and writer best known for her role as April in three seasons of TBS’s Search Party. She has also starred as Naomi in the comedy film Fort Tilden. The actress made her on-screen debut as a tap dancer in the drama film Farewell to Harry.

Actress Phoebe Tyers is from New York City. She was born in the United States of America. Her exact date of birth is not known as of now.

Similarly, there is no information about her parents, siblings, and education either. American in terms of nationality, she belongs to white ethnicity.

Phoebe Tyers made her on-screen debut when she appeared as a tap dancer in the drama film Farewell to Harry in 2002.  Subsequently, she guest appeared in the television series Tech Up in 2012.

Some of her early works include And After All and Bad Friends. In 2014, she was cast as Naomi in the comedy film Fort Tilden. 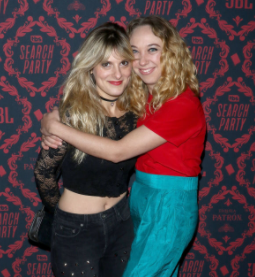 Phoebe Tyers and her co-star attending the season 2 premiere of "Search Party" hosted by TBS at Public Arts at Public SOURCE: Getty Images

She landed the role in the television miniseries Blast as Teaser Teaser in 2017. The same year, she wrote and starred in the short television series Characters Welcome.

Since 2016, she is playing the recurring role of April in TBS’s series Search Party alongside Alia Shawkat, John Reynolds, John Early, and more.

Search Party star, Phoebe Tyers owns an estimated net worth of $500 thousand as of March 2021. She makes a decent sum of income from her professional life as an actress.

She has worked in a number of television series and movies such as Search Party, Fort Tilden, and Blast. Her salary is not disclosed yet.

Gorgeous actress, Phoebe Tyers hasn't opened anything related to her personal life as of now. She is quite secretive when it comes to her relationship and boyfriend.

Scrolling down her social media, there is not any hint of her marital relation. The actress must be focused on her career instead of her love life.

1. How much is Phoebe Tyers' net worth?

Phoebe Tyers owns an estimated net worth of $500 thousand as of March 2021.

She is American by nationality.

3. Where is Phoebe Tyers from?

She is all the way from New York City.

As of now, she plays the recurring role of April in TBS’s series Search Party.

5. Is she active on any social media platform?

She is active on Instagram under the username @phoebetyers, which has nearly 2 thousand followers.