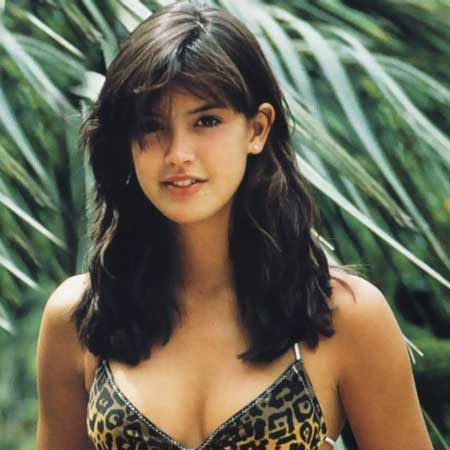 The Fast Times at Ridgemont High star, Phoebe Cates was born on July 16, 1963, in New York City, New York, United States of America. She was born to Lily and Joseph Cates who is a former major Broadway producer and a pioneering figure in television.

Cates belongs to American nationality and ethnicity wise; Cates is of mixed ethnical background as her father was of Russian Jewish descent and her maternal grandfather was Chinese-Filipino. She has done her schooling in segregated schools.

At the age of 10, Cates wanted to become a dancer and got a scholarship to the School of American Ballet. However, she gave up her dancing career at the age of 15 due to her severe knee injury.

Cates began her career in modeling for a short time. After that, she decided to peruse her career in acting and began her acting career with the 1982 film, Paradise. The same year, she gained enormous public attention after portraying the role of Linda Barrett alongside Sean Penn, in Fast Times at Ridgemont High.

In the year 1989, Cates featured in the drama film, Heart of Dixie along with Ally Sheedy, Virginia Madsen, and Michael Paul Chan.

The 53-year-old former model, Phoebe Cates is living a happy married life with her husband, Kevin Kline. The couple tied their knots in the year 1989 after dating for quite some time. Kevin is one of the encouraging American film and stage actors and singers.

The Gremlins' actress, Phoebe met Kevin Kline while auditioning for the movie, The Big Chill in 1983. Their friendship turned into a romantic relationship gradually even after there was a huge age gap of 16 years between them. The couple also has celebrated their parenthood two times.

They welcomed their first child, son Owen Kline on October 14, 1991. Cates gave birth to their second child, daughter, Frankie Cosmos on March 2, 1994. Their son, Owen, is a teenage actor whereas daughter Frankie is an American musician and singer-songwriter.

Cates and her husband Kevin have been together for 28 years. Currently, Cates resides in New York City with her husband and two children. Cates previously dated her ex-boyfriend Stavros Merjos. The former couple also shared an apartment in Greenwich Village in the early 1980s.

Phoebe Cates earns a decent amount of money from her acting career, as she has featured in several all-time hit movies. Cates and her husband Kevin share a net worth of $35 million in the year 2017.

One of Cates’ successful movies, Gremlins is a 1984 comedy horror film, which grossed a box office collection of $153.1 million whereas it was budgeted $11 million. She is 5 feet 7 inches tall.