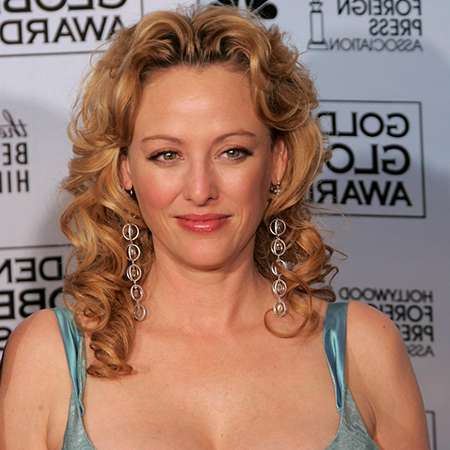 American actress and producer, Virginia Madsen, is best known for her portrayal of Helen Lyle in the horror film Candyman. She is also known for her performance as Maya in Alexander Payne's movie, Sideways. She received numerous awards and nominations, including nominations for the Golden Globe and the Academy Award for Best Supporting Actress.

Virginia Madsen was born on September 11, 1963, in Chicago, Illinois, USA. She was born to Calvin (father) and Elaine Madsen (mother). She is an American citizen but has a mixed ancestry from her mother’s side.

Freshman year when I tried to be a cheerleader. The boys didn’t seem interested. #tbt #highschool #notmycalling #outsider #unpopular #successisthebestrevenge

Fittingly, she was born into a family already well acquainted with the acting world, as well as real-life drama. Her mother is an award-winning writer, poet, and producer, while her father was a firefighter.

Virginia Madsen's first effort as an actress was as her brother’s a s sistant in magic shows the two would concoct for their family. Audiences first caught a glimpse of Madsen on film in a bit part she landed as Lisa in the teen sex comedy Cla s s, along with an appearance in Kenny Loggins' music video "I'm Free (Heaven Helps the Man)" from the Footloose soundtrack.

She portrayed a cellist named Madeline in Electric Dreams (1984), which was the first film released by Virgin Films Production Company. She was cast as Princess Irulan in David Lynch's science fiction epic Dune (1984).

Madsen first became popular with audiences in 1986 with her portrayal of a Catholic schoolgirl who fell in love with a boy from a prison camp in Duncan Gibbons's Fire with Fire. As beauty queen Dixie Lee Boxx, she was the sexy love interest of minor-league baseball manager Cecil "Stud" Cantrell (William Petersen) in the made-for-cable Long Gone (1987).

She played a secretary in the 1988 comedy Hot to Trot and appeared as Maddie Hayes' cousin in the final season of Moonlighting. She also starred in the 1992 horror film Candyman.

In 2008, she formed her own film production company called Title IX Prods. Her first project was a film made with her mother called I Know a Woman Like That. The film is a doc u mentary about the lives of older women. On the creation of the film, she said her mother's active lifestyle was an inspiration to start filming.

Virginia Madsen's Net Worth And Salary

Virginia Madsen's net worth is $8 million at present. She has earned a decent amount of salary from her career.

Madsen was married to actor and director Danny Huston after meeting on the set of Mr. North. They got married in 1989 but in 1992, Virginia divorced Huston and soon took up with Antonio Sabato Jr., with whom she had a son, Jack, in 1994. But the relationship with Sabato Jr. did not last.

She stands about 5 feet and 5 inches tall and a 2013 survey reveals that she weighs around 55 kg.

Madsen, who is nominated for an Oscar for 2004's Sideways, laughs as she tells the story, and her eyes do crinkle slightly when she does. She admits she has been a twice-yearly Botox user since 2003, which puts her in good company; last year more than 3 million doses of the drug—a purified form of botulism toxin that temporarily paralyzes wrinkle-causing muscles were sold in the U.S., making it the most popular nonsurgical cosmetic procedure.