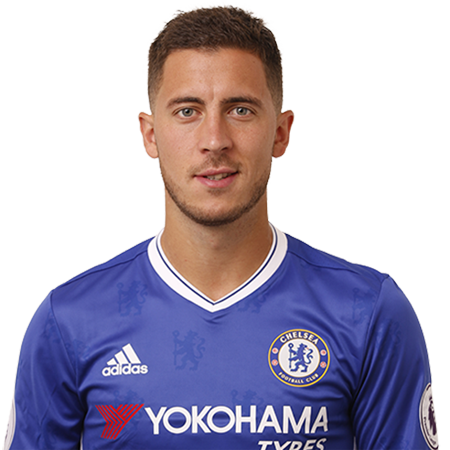 Eden Hazard is a Belgian footballer who plays in the current team of Chelsea F.C as a Midfielder wearing jersey No.17 and from the Belgium National Football team as an attacking midfielder. Hazard is particularly known for his ability to shoot with both feet and his pace with the ball. He can also play as a central midfielder, creating goal-scoring opportunities with his technical abilities. He is included in Belgium's 23 man squad to play in the FIFA World Cup 2018. On June 7, 2018, he scored a goal in an international friendly against Egypt.

Eden Hazard was born on 1991 January 7 at La Louviere, Belgium to Carin Hazard and Thierry Hazard. This 26-year-old midfielder stands at a height of 173 cm.

Both of his parents were footballers. His father Thierry spent his career at the semi-professional level in La Louviere as a defensive midfielder and his mother as a striker in the Belgian Women’s Team.

He is the eldest one among his siblings. He has three siblings named Thorgan Hazard, Kylian Hazard, and Ethan Hazard.

Eden Hazard married his longtime girlfriend Natacha Van Honacker in 2012. The cute couple met when they were teenagers, Hazard was only fourteen at the time. They eventually started dating and fell for each other.

The couple has three children, all boys. Their first child Yannis was born in December 2010 and three years later, they again welcomed a baby boy, Leo. The couple welcomed their youngest child in September 2015 named Samy.

He is a Muslim by faith and is dedicated to his religion.

Eden Hazard is one of the most talented footballers for his Nation. He plays as either a winger or an attacking midfielder. He is famous for his pace and dribbling skills.

His fantastic moves and tactics combined with his good passing and powerful shooting make him one of the dangerous players on the field. He is good in both long and short passes with accuracy and good in long shots. Hazard's top-class finish has earned him the title of fearless and explosive attacking midfielder.

He is weak at crossing and defense lines. He likes to dribble and is caught often with fouls. For his performance in the field, he has won several individual awards and titles besides winning several titles and cups with his club.

Eden Hazard started his youth career joining Royal Stade Brainois in 1995 at the age of 4. He remained in the team growing and developing his football skills till 2003.

Afterward, he joined Tubize in 2003 and moved to the French club Lille in its youth club.  He was promoted to the senior team of the club in 2007 at the age of 16 and made his debut for the team. He remained with the team till 2012 appearing in 147 matches with 36 prominent goals.

In 2012, Eden was transferred to English club Chelsea from Lille. He is on the team since 2012. As of 2018, Hazard has played 208 games for Chelsea netting a total of 69 goals in all competitions.

He was named the captain of the national team on June 7, 2015, after the suspension of Vincent Kompany. As a debut captain, he scored a goal against France winning the match 4-3. He also captained Belgium in UEFA Euro 2016 finals.

Hazard is included in the 23-man squad of Belgium to play in the FIFA World Cup 2018 in Russia. Their first match in the competition is against Panama.

Hazard from his prolific football career has accumulated a hefty net worth which is estimated to be $101.3 million.

In January 2015, he renewed his contract with Chelsea, according to which he earns an estimated salary of $13,902,042 million a year still June 2020. He also makes a decent amount from his endorsement deal with Nike which is estimated to be in millions. His current market value is $114939198. 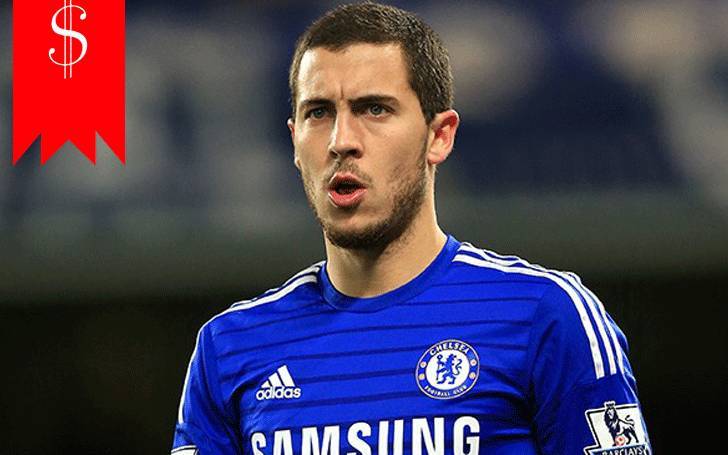