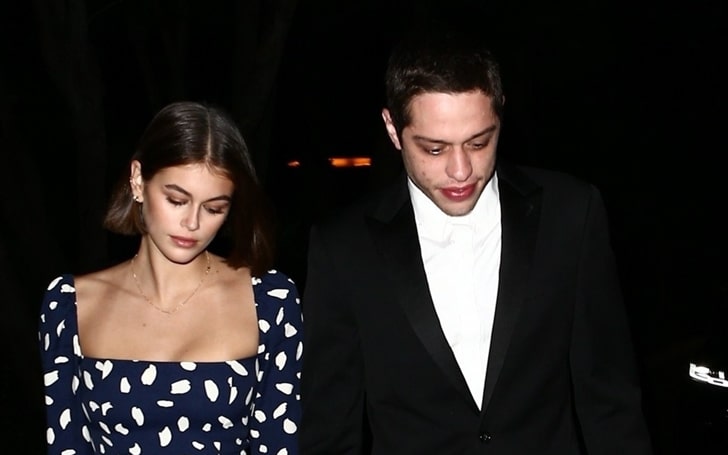 The newly minted lovebirds started their weekend vacation with a romantic beach date on Friday, November 22. On Friday, Gerber flaunted her toned physique in a yellow and black snakeskin print bikini. Davidson, on the other side, was seen shirtless.

On Saturday, the lovebirds were captured packed on PDA by the pool in Miami. They shared a passionate kiss before teasing the camera with some tongue action. Later on, they were snapped cuddling up inside the pool. 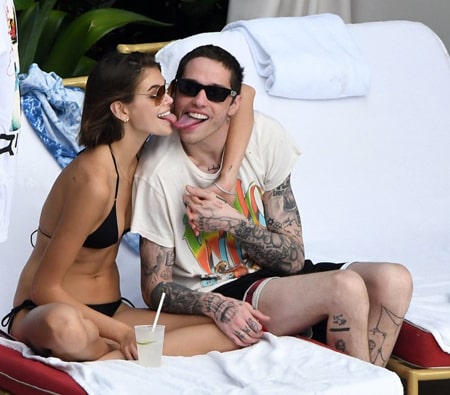 Pete Davidson and Kaia Gerber packed on PDA alongside a pool in Miami SOURCE: US Magazine

As per E!, Pete and Kaia also attend the wedding of a friend on Saturday evening. The 18-year-old model opted for an ultra-chic navy blue polka dot dress while Davidson looked dapper in a black and white suit.

When It All Started?

Pete Davidson and Kaia Gerber were first spotted together back in October, and since then, they have been expressing their love publicly. Davidson was spotted leaving Gerber's apartment building on October 23, however, the sources claimed they were "just friends."

Before, Pete Davidson dated a string of girls. He dated comedian Carly Aquilino in 2015. Later from April 2016 to May 2018, he was in a relationship with Larry David's daughter Cazzie David. Following the split, Davidson dated singer-songwriter Ariana Grande. The ex-lovebirds were also engaged, however, they called off their engagement shortly after. 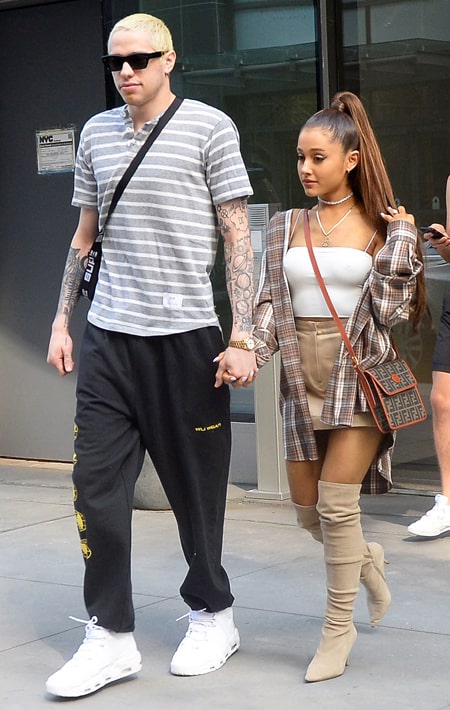 Later on, he was also rumored to be dating English actress Kate Beckinsale, however, they didn't address the rumor then. On the other hand, Kaia was reportedly in a relationship with fellow model Wellington Grant. They relationship rumor sparked after they spent Valentine's Day at the Mercer Hotel.