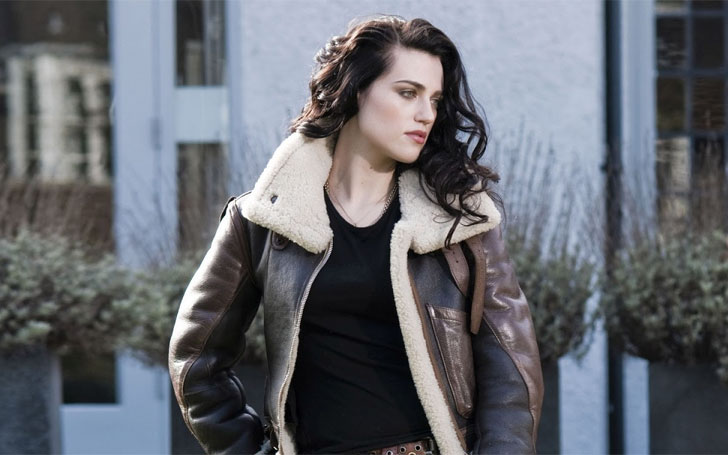 If you've watched Supergirl’s second season, then you probably know who Katie McGrath is. The popular Irish actress Katie also appeared in Jurassic Park in 2015.

Katie is among those celebrities who love to keep her personal life to herself. That's why we have some exclusive details on Katie McGrath's personal life here.

Is Katie McGrath Married or in a Relationship with Colin Morgan

The Jurassic Park star Katie seems too busy to get married. She is currently busy filming the third season of DC’s TV series Supergirl.

However, the actress has been dating Colin Morgan for the last few years. They first met on the sets of Merlin, a fantastic drama that aired on BBC One from 2008 to 2012.

They could still be dating and happy or broken up and with other people, but since both of them are secretive we don't know for sure. They aren't even public on social media.

The actress also played some gay-ish roles on-screen but is real she has not outed herself as a lesbian as of now. The actress has also a considerable fan following on her Instagram account but her recent updates do not give any hint about her love life as of now.

What is Jurassic World star Katie McGrath Doing These Days?

Other than this, she is busy with the third season of Supergirl, which will premiere in October 2017. In the series, she has appeared as Lena Luthor and actress Mellissa Benoist appears as a Supergirl.

McGrath kicked off her acting career in 2007 when she appeared in the short film Pebble. The same year, she was featured in the television movie Damage.

She got her first mainstream role in the 2011’s film W.E., which was directed by popular artist Madonna. Before that, she had already made a  mark in the industry for her role in the TV series Merlin when she began in 2008.

Katie was keenly interested in media and glamor since childhood but she wasn’t serious about it. In spite, she thought about going into fashion journalism. Later fashion journalism turned out to be her entry into the acting world. She worked as a costume designer in the TV series The Tudors from 2007-2010. Katie also made a guest appearance in an episode of the Tudors.