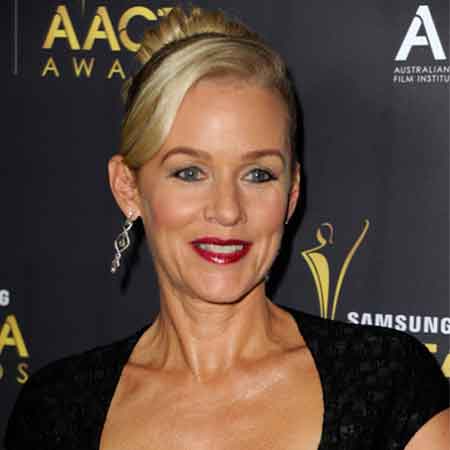 Penelope Ann Miller is an American actress popularly known for her roles in Awakenings and Carlito's Way. She also starred in many Television series like Desperate Housewives, Family Ties, Miami Vice, and CSI: NY. Miller is a holder of 2nd Hollywood Film Awards for Best Actress in television movie Rhapsody in Bloom in 1998 and won Most Promising Actress for movie Freshman in 1991. She is cast in the upcoming movies namely Mrs. Burveltuck & the Children and Deep Crack which are scheduled to be released in the years 2019 and 2020 respectively.

Penelope Ann Miller was born Penelope Andrea Miller to parents Beatrice Ammidown Miller and Mark Miller on January 13, 1964, in Los Angeles, California, United States. Her mother was a journalist and designer and goddaughter of Aristotle Onassis, a huge business, and editor of Harper's Bazaar magazine. While her father was a filmmaker and writer. 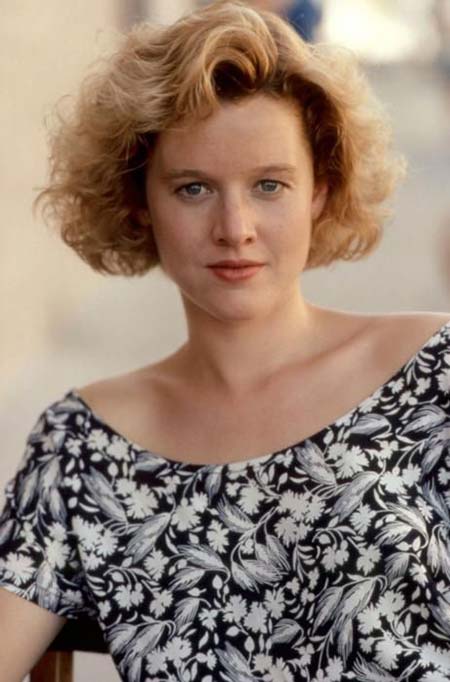 She grew up in California with her younger sisters, Marisa Miller and Savannah Miller. Her sister Savannah is a social worker while Marisa is an actress like her. She attended high school in Los Angeles and as for college, she enrolled at Menlo College from 1981 to 1983. Later on, to study theatre she moved to New York and studied drama at HBO Studio in Greenwich Village.

Miller debuted in the entertainment industry in 1985, featuring in an episode of the Television series Tales from the Darkside portraying the character Keena. Her debut movie is Hotshot which she did in 1987 alongside Jim Youngs, Pele, and Billy Warlock.

Miller has been cast in several movies, television films, and Television series in her lifetime career as an actress. She was also seen in some TV shows. Miller was cast in movies like Freshman, Awakenings, Carlito's Way, Chaplin, Full Disclosure, Flipped, The Birth of a Nation, and many more. In the 1990 movie Awakenings, she played the role of Paula and acted alongside Robin Williams and Robert De Niro. Miller was cast with Al Pacino in Carlito's Way in 1993.

She starred in several TV series from 1987 to 2015, including some popular renowned series like Family Ties, Miami Vice, CSI: NY,  Desperate Housewives, and so on. The last television series she appeared in was in 2015 ' anthology crime drama called American Crime where she appeared in the role of Eve Carlin in 10 episodes. In the series, she was cast alongside Felicity Huffman, Timothy Hutton, and Trevor Jackson among others.

She is cast in the upcoming movies namely Mrs. Burveltuck & the Children and Deep Crack which are scheduled to be released in the years 2019 and 2020 respectively.

Miller has an estimated net worth of $4 million and $3 million according to Celebrity Net Worth and The Richest respectively.  She earned her million-dollar income by being cast in various movies and Television series. Her movie Awakenings, Carlito's Way, and Freshman grabbed $52.1 million, $63.8 million, 21.46 million at the box office respectively.

Miller won the  2nd Hollywood Film Awards for Best Actress in the television movie Rhapsody in Bloom in 1998 and won Most Promising Actress for the movie Freshman in 1991.

Miller was married to James Patrick Huggins; tied the knot on May 28, 2000. They have two children, Eloisa May Huggins, and Maria Adela Huggins. Her first daughter Eloisa was delivered on December 10, 2000, when Miller was 36 years of age. On March 23, 2009, their second daughter Maria was born and at that time Miller was 45 years old. 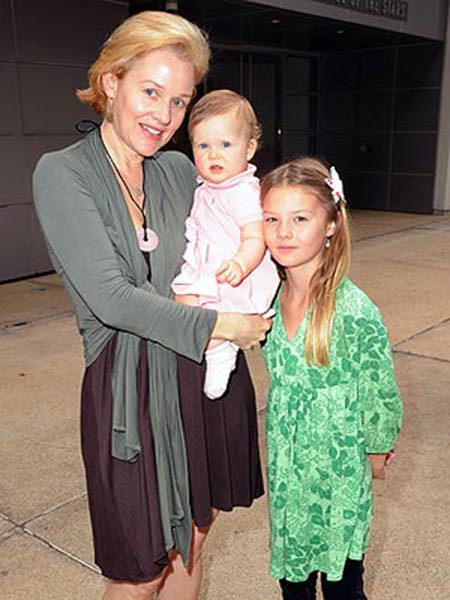 Miller filed a divorce from husband Huggins on March 14, 2012, and demanded full custody of her children. But later, she called off the divorce and lived together with her husband. In, November 2017 she again filed a divorce against her husband accusing him of being a drunkard and a bad influence on the family.

Miller asked for the sole custody of her children which she was granted and in December 2017 a restraining order was issued against Huggins for she feared his alcohol abuse might harm their children.

#roomservice makes us all want to stretch out...

Before marrying Huggins she was married to Will Arnett but divorced after only little more than a month of marriage. They got married on December 9, 1994, and divorced on January 18, 1995.

In the movie Carlito's Way, Miller was a bit awkward during a romantic scene. Al Pacino helped her to feel comfortable for the scene.

Here is a video of Miller talking about her role in The Artist.