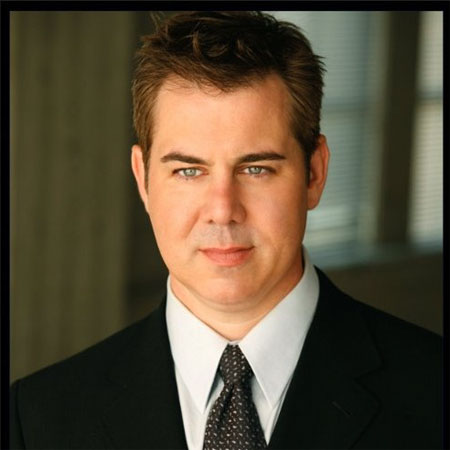 The American actor, TV writer and producer, Patrick Labyorteux is better known for portraying the characters, Andrew Garvey on the TV series ‘Little House on the Prairie’ and Bud Roberts on CBS’s ‘JAG.’ The actor also made his unusual appearance on numerous television shows, including ‘Lois & Clark: The New Adventures of Superman’, ‘21 Jump Street’, and ‘Starsky and Hutch.’

Born on July 22, 1965, in Los Angeles, California, USA, Patrick Labyorteaux, is the son of the actress, Frances Marshall and interior designer, Ronald Labyorteaux who adopted him at a young age. He was raised by his parents in Los Angeles and completed his schooling from there.

#PatrickLabyorteaux got his start on #LittleHouseOnThePrairie — and he’s still acting more than 40 years later!â € â € See him on #GunsOfParadise — 5p ET. What else have you seen him in? #LittleHouse #JAG

Labyorteaux has a younger brother, Matthew Labyorteux who is also adopted. Labyorteaux belongs to American nationality and regarding his ethnicity, Labyorteaux is a White American.

Patrick Labyorteaux began his acting career appearing in the 1974 film ‘Mame.’ He then gained huge popularity after portraying the character of Andrew Garvey in the series ‘Little House on the Prairie’ alongside his brother, Matthew Labyorteux.

Labyorteaux worked in the TV film ‘Prince of Bel Air,’ in 1986, featuring Will Smith and Alfonso Ribeiro as well. He also featured in the cult flick ‘Heathers,' comedy film ‘Ski School’ and the action movie ‘3 Ninjas.’ He played the role of Bud Roberts in ‘JAG’ from 1995 to 2005.

At the time, Labyorteaux also appeared in an episode of ‘NCIS.’ In 2008, he was cast in the series ‘Wildfire’ and also featured a role in the movie ‘Yes Man.’ Later, he appeared in the film ‘In My Sleep’ and the miniseries ‘The Strom.’

In the year 2016, the actor made an appearance in American Crime Story, Castle, and Scandal. In 2018, he went on to land a role in the made-for-television sci-fi comedy disaster film The Last Sharknado: It's About Time sharing the screen along with Ian Ziering, Tara Reid, and Ca s sie Scerbo.

The versatile American actor and television writer, Patrick Labyorteaux is married to his girlfriend, Tina Albanese, and the couple shares a son together. Labyorteaux first met his wife, Tina, in 1995. At the time, Tina worked as an a s sociate producer for JAG whereas Labyorteaux was playing the role of Bud Roberts in the show.

The couple dated secretly for two years before they officially announced their engagement in 1997. They got married on October 3, 1998. The pair welcomed their first child, a son, Jeau Bennett Labyorteaux who was born on July 11, 2001, at Cedars Sinai Medical Center in Los Angeles.

Patrick also created and wrote the Nick at Nite original series, ‘See Dad Run,’ in 2012 along with his wife, Tina. The series ran for three season/55 episodes. They are together for around two decades and there are no rumors regarding any divorce between them.

Patrick Labyorteux's Net Worth And Earnings

Patrick Labyorteaux has gained ma s sive popularity for his skills in acting, television writing, and producing as well. Patrick is living a luxurious life and has garnered a hefty amount of net worth from his various exceptional works, but he has not revealed the official figure of net worth in the media.

From 1995 to 2005, Labyorteaux portrayed the role of Bud Roberts on the CBS hit series, JAG, along with Tracey Needham who has an estimated net worth of $4 million, according to Celebrity Net Worth in 2017.

Therefore, it can be a s sumed that Patrick might have a net worth to close his co-stars’. One of his 1992 successful movie, 3 Ninja, grossed a whopping box office collection of $29 million whereas its production cost was $6 million.

In 1992, Patrick also founded the Youth Rescue Fund along with his actor brother, Matthew. The charitable organization is dedicated to helping runways and raised $11 million for youth shelters all over the United States.