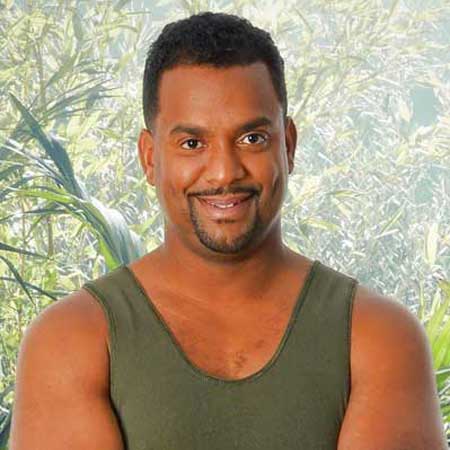 American actor, show host, dancer as well as a television director, Alfonso Ribeiro is best known for playing the role of Carlton Banks on the television series, The Fresh Prince of Bel-Air alongside Will Smith. He also hosted the popular shows, Catch 21 and Spell-Mageddon.

Ribeiro made his debut in the entertainment field when he was 8 playing a lead role in the Broadway musical The Tap Dance Kid.  He also won the 19th season of Dancing with the Stars with his partner Witney Carson.

Alfonso Ribeiro was born Alfonso Lincoln Ribeiro Sr. on 21st September 1971 in Bronx, New York, U.S. He was born to Michael Ribeiro and Joy Ribeiro are of African descent.

Happy Mother’s Day to my mom Joy. Thank you for being the best mom any man could ever ask for.

Ribeiro went to California State University, Los Angeles. At an early age, he was interested in acting, and at the age of eight, he debuted on Oye Ollie produced by PBS.

Moreover, Ribeiro also tried his hand at music at the age of 10 with singles such as Dance Baby and others to his credit.

Alfonso Ribeiro debuted on television in 1982 with the American sitcom, Silver Spoons as
Alfonso Spears for seasons 3 and 5. He then played in several series, before portraying the character of Carlton Banks in the American sitcom, The Fresh Prince of Bel-Air from 1990 to 1996. He was cast alongside Will Smith,
James Avery, Janet Hubert-Whitten, and others.

In 1994, Ribeiro lends his voice in the American animated television series, Spider-Man for the character Randy Robertson and Teenage Robbie Robertson. He came into the limelight after appearing as Dr. Maxwell Stanton in the television series, In The House. He was part of the show throughout its six seasons until 1999.

During the late 90s, Ribeiro worked in a couple of made for television movies while juggling his role as an actor and TV show host. He is also a professional tap dancer.

In 2008, Ribeiro began hosting GSN Live on Game Show Network and Catch 21, the widely acclaimed card game show on television. His next appearance as a game show host was in 2013 with Spell-Mageddon on ABC Family.

In 2014, Ribeiro participated in the British Reality Show, I'm a Celebrity…Get Me Out of Here!, wherein he was placed seventh after being eliminated in 19 days.

Alfonso Ribeiro earns millions of dollars through his acting career. As of 2018, he has an estimated net worth of $7 million by celebrities net worth.

Ribeiro made his appearances in a number of movies, TV series as well as the reality competition and earns a good salary.

Alfonso Ribeiro has been in a marital relationship with the writer, Angela Unkrich since 2012. The couple was blessed with two sons, Alfonso Lincoln Ribeiro Jr. (2013), and Anders Reyn Ribeiro (2015).

Happy Mother’s Day to my lovely wife @mrsangelaribeiro1 You are the best mom to our boys. You do so much for this family. We couldn’t be who we are without you.

Ribeiro lives with his wife and sons in Los Angeles. Being an avid car racer, he actively participates in various celebrity car races.

Previously, he married Robin Stapler in 2002 and has a daughter Sienna Ribeiro. The marriage ended with a divorce in 2006, but both Ribeiro and Stapler share their daughter’s custody.