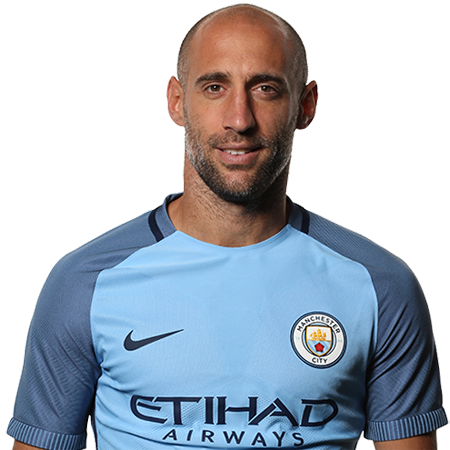 Pablo Zabaleta, full name, Pablo Javier Zabaleta Girod, is the name of an Argentine footballer. He was born in the year 1985 January 16 at Buenos Aires, Argentina. He is 29 years old having the height of 178 cm and weight of 78 Kg. Jorge is the name of his father who introduced him to football when he was very young. His mother died when he was 15 years of age. He has his mother’s name tattooed on his chest. Pablo Zableta is a married man. Christel Castano, a Spanish girl who was Pablo’s girlfriend since long, is the name of his spouse. They got married in 2013. He is a huge fan of Status Quo and his favorite song is whatever you want. His fans are found singing the hits of Status Quo in the pubs and bars of Manchester.

Pablo Zableta is a defender in football field. He can operate well in either side of the pitch as a defender. He is known for his tenacious style of play. He has good strength and stamina in the game keeping him in pace and durable in the game. He is excellent in tackling. He has good marking skills thus his passing are very accurate.  He is good at shoots and headers. He has very good dribbling skills retaining the ball possession.  Pablo Zableta likes to tackle but this leads him to several fouls. Crossing seems to be a factor he needs to improve in his football skills.

Pablo Zabaleta started his club career in 1995 joining at Obras Sanitarias. He spent two years training and developing his talents in this club. Later in 1997 he moved to San Lorenzo. He made his professional debut in the year 2002 from San Lorenzo after being promoted to the senior club. He appeared in 66 matches bagging 8 goals for the team. In San Lorenzo he started to play as a defensive midfielder but later on he was shifted to right wing. In 2005, he was transferred to Espanyol. He established himself as the first choice of the team and showed his excellent performance skills. In 2007, he suffered from shoulder injury leading to 3 months break from the play. He spent three seasons at this club appearing in 79 matches with three goal scores and moved to Manchester city in 2008. Pablo is in the current team of Manchester City since 2008. He plays in the team as a Defender wearing jersey No.5. He has appeared in 164 matches with 7 goal scores for the team so far.

Pablo Zabaleta is in the first team of Argentina National Football Team since 2005. He has appeared in 35 cap matches from this team. Besides, he has the experience of playing in the under-20 and 23 team of the Argentina National Football Team. He has been the first choice of the team 2010 FIFA World Cup and had captained the team in the friendly match against Nigeria. According to the 2012 Salary statistical record, his Salary is mentioned to be 3.38 million GBP. His current market value is reported to be 16.72 million GBP and has the agent named Horacio Gaggioli.