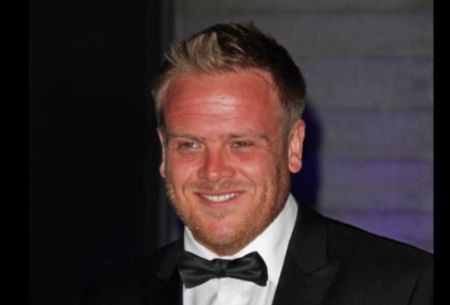 Owain Arthur is a Welsh actor who has been contributing to the film industry since the 1990s. He came to the limelight for playing the role of Francis Henshall in The National Theatre's production of One Man, Two Guvnors at the Theatre Royal Haymarket.

How Old Is Owain Arthur? What Is His Height?

By nationality, Arthur is Welsh. However, his ethnicity is not known as his parents' details are still not available.

Regarding his education, the actor attended Guildhall School of Music and Drama and Ysgol Glanaethwy.

What Is Owain Arthur Net Worth? His Movies & Series

The 38 years old started his acting career back in the 90s. Initially, he came to the spotlight after playing the role of Francis Henshall in The National Theatre's production of One Man, Two Guvnors at the Theatre Royal Haymarket.

After that, Owain appeared in an episode of the series Doctors in 2007. The following year, he portrayed the role of Jimmy Clacy in the mini-series The Palace. Likewise, he is also a part of films like Mr. Nice, Willkommen in Krieg, The Patrol, White Island, and The One and Only Ivan. 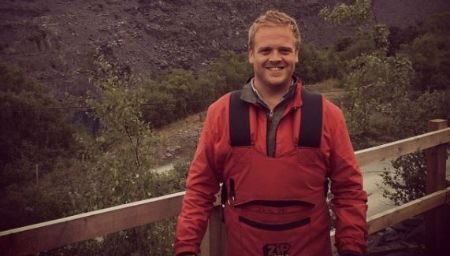 Furthermore, his other notable acting credits include Babylon, 35 Diwrnod, Hard Sun, London Kills, The Lord of the Rings, Death in Paradise, Hinterland, Casualty, and A Confession.

Currently, in 2020, Arthur worked in the fantasy drama movie The One and Only Ivan starring Sam Rockwell, Angelina Jolie, Ramon Rodriguez, and Danny DeVito.

At the moment, the relationship status of the Owain is not clear. He himself has never talked about his love life with the media, however, as per reports, he is a married man.

On the other hand, some tabloids also claim that Arthur is engaged with his girlfriend Mirain Haf. However, the news is yet to be confirmed.

Talking about his personal life, he is active on Instagram. It seems that the actor is so close to his family as well as friends. He often uploads pictures spending quality time with his parents, friends, and co-stars.

According to the Influencer Marketing Hub, A Confession actor earns around $41.25 to $68.75 per sponsor post with an engagement rate of 7.45%. Likewise, he is also available on Twitter.