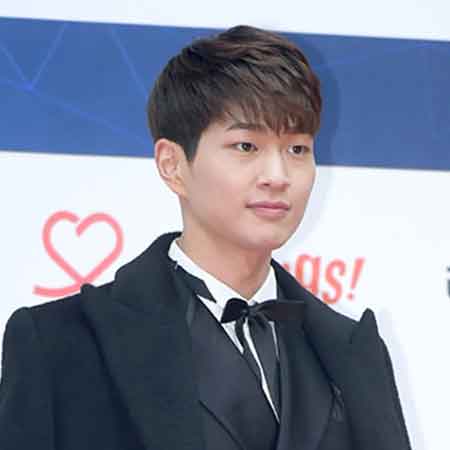 South Korean singer and actor, Onew is widely known as one of the lead singers of the most successful South Korean music bands of all time, Shinee. He has released several hit songs and is recognized for his unique singing skills and distinctive voice. Besides being a singer, he is also a versatile actor, became an MC of two programs – KBS2's Night Star and Show! Music Core. He is also credited for his roles in the drama Descendant of the Sun and Age of Youth 2.

Early Life And Childhood Of Onew

Onew was born Lee Jin-ki on December 14, 1989, into a business family in Gwangmyeong, Gyeonggi Province, South Korea. He belongs to Korean nationality and ethnicity wise, he is Asian.

Since his childhood, Onew had a natural voice but he was not really confident of his singing talent. During his elementary school, Onew had a dream of becoming a scientist or an astronaut.

Onew realized his potential only after his parent and friends appreciated him. Spending his early days as a single child, he showed his hidden talent in front of his parents on one of his holiday trips with them.

Shortly thereafter, Owen started his singing career with a local band and was located by the ‘SM Academy Casting’ in 2006. The founder of SM Entertainment, Lee Soo-man was also greatly impressed which led to his first contract as a musician. In 2008, he was selected as the lead of the group Shinee.

The world-renowned band was introduced to the world for the first time in May 2008 with the five man band performing their single Replay on the SBS music program Ingikayo.

The single Ring Ding Dong from their third EP was released in 2009 which also became a hit, peaked the top of several South Korean music charts as well as winning Golden Disk Award in 2009.

Onew likewise tried his hands at songwriting and from the band’s album Lucifer, he also wrote the lyrics for the song Your Name. After achieving a lot of success in his music career, he became an MC of two programs – KBS2's Night Star alongside  Shin Dong-yup, Yoon Jong-shin, and movie director Jang Hang Joon.

Besides, Onew also showed his versatility in the field of acting. In 2016, he was cast in the drama Descendants of the Sun starring  Song Hye-kyo and Song Joong-ki.

As a part of SM Station, Onew and indie-duo Rocoberry released a song titled Lullaby, in May 2017. He also made his appearance in JTBC's Age of Youth.

The lead vocalist of one of the most successful South Korean music bands Shinee, Onew has gained a huge fame for his unique voice as well as earned a ma s sive amount of money too.

Onew is not married yet but since past few months, he is rumored to be dating actress Park Hawn Hee. The rumors regarding their dating first grabbed attention in September 2017 after their Japanese fans spread through the online communities in no time.

Onew and his rumored girlfriend were also spotted together spending a quality moment in many public places. The two also featured in a 2016 South Korean television series Descendants of the Sun and it was reported that they might have started their relationship from the same point.

Many of Onew's fans still believe that the two are just friends. And he said while asked regarding his dating and affair

"My ideal type of woman is someone who looks good in anything. In short, someone who I think looks attractive whatever she wears."

"My ideal partner is someone who has a pa s sion for music just like me. It would be better if she can sing with me. I also admire people who have talents or abilities that I don’t have, so I hope that my future spouse will be such a person and help me grow as an entertainer."

In addition to Park, Onew was also once rumored to be dating the former member of the girl group AFTER SCHOOL Jung-Ah. But their rumored relationship later turned out be friendship. They were frequently seen holding hands together at the SM Entertainment concert.

Onew made several headlines after he was accused of sexual hara s sment in August 2017 for touching the specific part of a woman's body three times on 12 August while intoxicated at a club in Gangnam.

The singer was later arrested and investigated for five-hour before he was released.

After a long sexual hara s sment controversy, Onew posted a letter of apology on his website too. And  SM Entertainment announced on April 5, 2018, that he was released of all the charges.

Onew stands at the height of 5ft 8 inch and his weight is 61kg. He has dark brown hair and dark brown eyes.