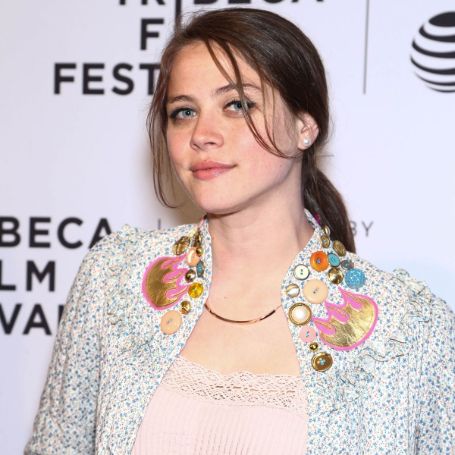 American actress, Luccardi was born on May 17th, 1989 in Brooklyn, New York, to mother, Patricia, and father, Giuseppe Luccardi. As per her nationality, she is American and belongs to a mixed ethnic heritage.

Her father was born in Rome, Italy, and her mother is a native American. There are no relevant details about her educational background at the moment.

Acting Career: Appeared in 'Channel Zero' and 'It Follows'

The 30-year-old actress started her acting career with a minor role of one of the 6 girls in the short film Bleeding in 2009. She also provided her voice for Luna in the film Sailor Moon the Movie in 2011.

Later in 2013, Luccardi appeared as Staten island girl in the comedy-drama television series Girl. In 2014, she got a breakthrough role as Yara Davis in the horror film It Follows. In the same year, she appeared as Chole in the comedy film The Rewrite. 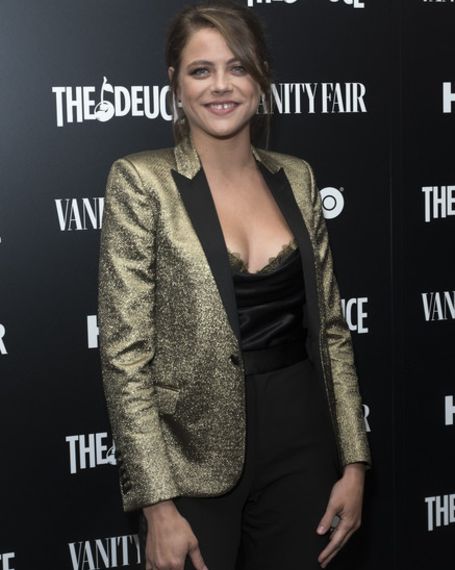 Luccardi attending the New York Screening of HBO's "The Deuce" at Metrograph in NYC SOURCE: Zimbio

Afterward, she appeared in several movies as well as series such as Money Monster, Person to Person, Secret Lives of Husbands and Wives. In 2014, Olivia appeared as a guest in the comedy-drama series Orange Is the New Black, starring Taylor Schilling, Uzo Aduba, Selenis Leyva, and more.

She also joined the cast of The Deuce as Melissa in 2017. David Krumholtz, James Franco, Emily Meade, and Chris Bauer are the other stars of the series. In 2018, Luccardi landed a lead role of Alice Woods in the horror anthology series Channel Zero: Buther's Block.

The following year, she appeared as Gina in the comedy-drama television series The Bold Type. In the series, Olivia worked with Katie Stevens, Alish Dee, and Meghann Fahy.

According to some sources, the 5 feet 4 inch-tall actress, Luccardi has an estimated net worth of $1 million, as of 2020. She gathered her fortune from her profession as an actress.

Luccardi is believed to have received a handsome sum of money for her involvement in some financially successful projects. Some of the movies and their box office collection are listed below:

The It Follows actress, Lucchardi is a married woman. She has been happily married to Frankie Silver. She has rarely talked about her married life with her husband.

However, back on April 26th, 2015, she took to her Twitter announcing she had been married for a year.

Later on November 9, she wished her husband on his birthday in which she wrote: "Happy Birthday to my beautiful husband!!!!!!" 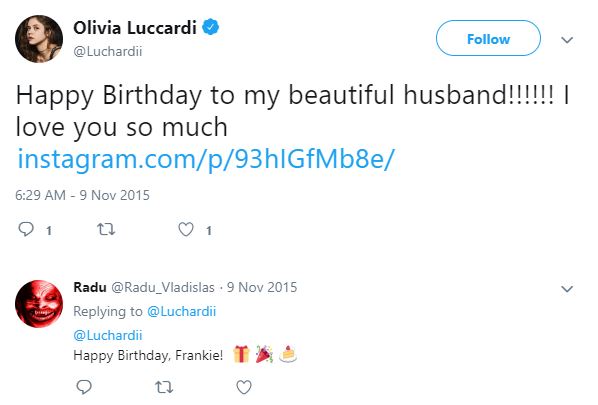 The couple has not revealed if they have a child or not.