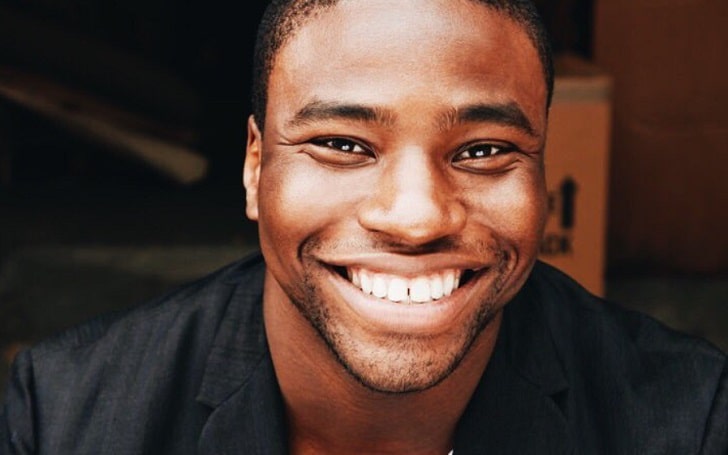 A Grammy Award-winning American singer and actor, Okieriete Onaodowan, is famous for his appearance in Hamilton as Hercules Mulligan / James Madison. Professional since 2010, Onaodowan has given numerous hit films and television series, including Station 19, Grey's Anatomy, and A Quiet Place Part II. Besides, the 34 years old actor is said to be in a long-term relationship with his girlfriend, Alyssa Kempinski.

What Are His Age and Height? More On Onaodowan's Early Life

Born on August 16, 1987, Okieriete "Oak" Onaodowan is 34 years old as of early 2022. He is originally from Newark, New Jersey, U.S. So, Onaodowan holds an American nationality and peaks at the height of 6 feet. Furthermore, Okieriete was raised by his Nigerian parents together with his five sisters.

Rising in West Orange, New Jersey, the Generation Wrecks actor attended different schools, including Roosevelt Middle School and West Orange High School, graduating in 2005. Besides, the American actor played football at high school but stopped due to an injury.

After that, he began getting interested in acting, and while attending high school, Onaodowan started performing with the New Jersey Youth Theatre. And for one year, he also studied at Mason Gross School of the Arts at Rutgers University.

Initially, the 6 feet tall actor performed in various theatre plays. He performed in Rocky the Musical and Cyrano de Bergerac. And in 2010, Onaodowan made his debut on the big screen by appearing as Sam in the television series Gravity. In the same year, Onaodowan also worked in a short film, Ribbons.

After that, he had some roles in projects like The One You Marry, NYC 22, and Thanks for Sharing. Finally, in 2014, Onaodowan got his breakthrough role in a tv series named Blue Bloods, where he portrayed Damon Williams. The series also stars Donnie Wahlberg, Bridget Moynahan, and Will Estes.

Moreover, the Blue Bloods star began getting more recognition in the industry and getting more projects. His other remarkable roles can be seen in Ballers, Law & Order: Special Victims Unit, Girls, The Get Down, She's Gotta Have It, Person to Person, and many more.

Meanwhile, Onadowan's fanbase increased more when he landed the role of Hercules Mulligan / James Madison in Hamilton, released in 2020. His latest projects are Social Distance, Prom, Tuca & Bertie, Robot Chicken, Generation Wrecks, Grey's Anatomy, and Billions. Apart from that, Onadowan is also noted for his arrival in a hit tv series, Station 19.

Does Okieriete Onaodowan Have A Wife?

According to CheatSheet, the Station 19 actor is unmarried, but Live RamUp says he is in a romantic relationship with actress Alyssa Kempinski. Reportedly, they met at the cast of The Deuce, in which she played the role of Tracy. Besides, Kempinski and Onadowan were spotted on a romantic trip in San Diego. 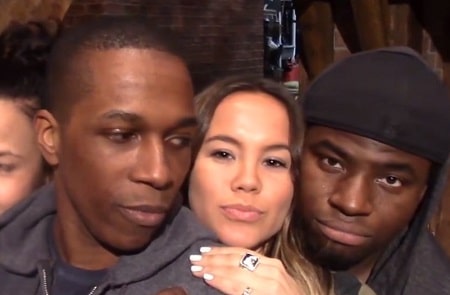 After that, their relationship got more attention. Since then, they have emerged together in various places, including on the red carpet in 2017. Also, Alyssa shared some snaps with the Billions actor, but later she deleted all those pictures.

And it's been a long while since the rumored couple has appeared together. So, we can say that Okieriete now leads a single life.

A long-decade journey in the acting industry blessed Okieriete with considerable fortune and notoriety. According to Idol Net Worth, the Grey's Anatomy star is estimated to have a net worth of around $3 million. The majority of his revenue came from his work as an actor, and his earnings rose after he worked in the successful plays in the history of Broadway, Hamilton.

In addition, Hamilton was made on a budget of $12.5 million. According to StyleCaster, the primary cast members in the movie made at least $18,400 per week for the show's run from January 2015 to December 2016. So, Okieriete must have earned in the same range.

Furthermore, the actor is currently working on his next project, The Family Meeting, where we can see him as Zach. No doubt, his income will increase more in the future.