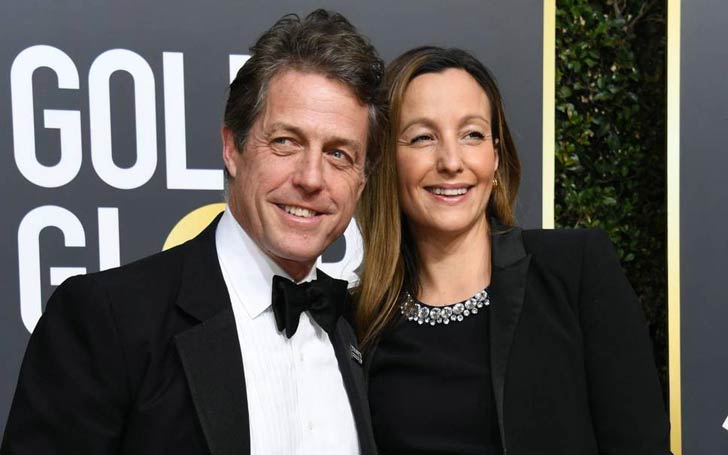 Actor Hugh Grant is officially off the market. The Notting Hill actor, 57, got married to his girlfriend of six years, Anna Eberstein. The couple exchanged their vows in a low-key ceremony in Chelsea on Friday, 25th May, Mail Online reported.

The Golden Globe-winning actor Grant and the Swedish television producer's nuptials revealed after they were spotted outside the Chelsea Register Office with their family and friends. The pair was holding their daughter as they posed outside the registry office. 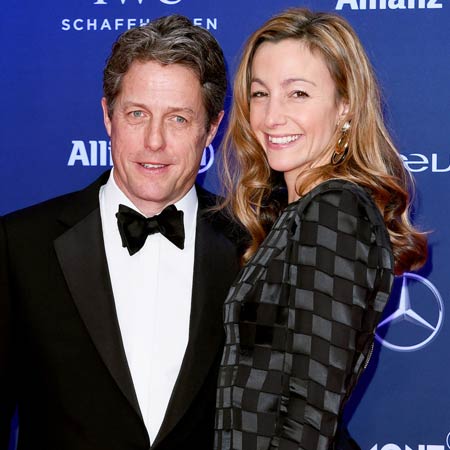 A source attending the wedding told The Telegraph

Everybody looked very happy and relaxed, it was obviously an informal occasion with only very close family members present.

The group congregated on the steps, and Grant stepped in right at the last minute, seemingly in a bid to attract attention.

The groom opted for a dark blue suit and a tie while the bride was in a matching blue shirt, and white skirt. Grant flaunted a noticeably large wedding ring with three red stones while the bride, 39, showed off a simple gold wedding band.

The couple tied the knot just days after their engagement and is the first wedding for the actor and producer. They dated for over six years before they thought about marriage. They share three children; a son John Mungo, 5, a daughter, Tabitha, 2, and a newborn son. 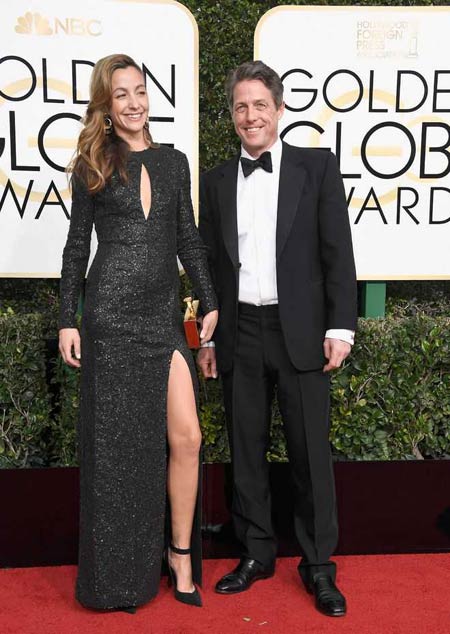 The newlyweds welcomed their third child, still to be named, in March this year. Grant also has a son, Felix, 5 from his relationship with ex-girlfriend Tinglan Hong.