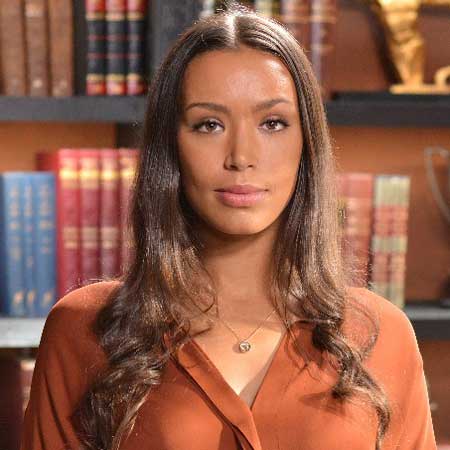 IIfenesh Hadera is an American actress, well recognized for her appearance in various movies like Baywatch, Chi-Raq, Old Boy.

IIfenesh Hadera was born on 1st December 1985 in NYC, United States. Hadera grew up in NYC as well. She is the daughter of Asfaha Hadera and Kim Nicholas. Her father is of Ethiopian descent and her mother if of European Descent.

Hadera's parents are working, organizing the community and public advocacy.

She studied at Fiorello H. LaGuardia High School of Music & Arts And Performing Arts, as well as Hadera also studied acting as a student at Harlem School of the Arts from where she developed her acting interest since her childhood.

Hadera has also worked with the Africans Services Committee to develop the quality of life of African citizens.
IIfenesh belongs to African-American ethnicity and holds American nationality.

Hadera's career as an actress began in the year 2010, as she made her debut film playing a minor role in the movie 1/20. She tasted success in her career after that role.

Later, Hadera got various offers for her appearance in both big and small Tv series and films including Da Brick, The Blacklist, Oldboy, Chi-Iraq, Show Me a Hero.

The following years, Hadera made her appearance in television series "Chicago in Fire" in 2015, an American action-drama television series which appears on NBC. Hadera has also performed in the TV series "Billions" portraying the role of Deb Kawi.

Hadera became more popular when Dwayne Johnson announced that she would play the role of his love interest in the movie "BAYWATCH."

Dwayne announced "Casting my #BAYWATCH love interest was not easy...For our coveted role of 'Stef,' she has to be a lot of things: Strong, intelligent, formidable, beautiful and funny. Want to welcome the talented @ilfenator IIfenesh Hadera to our #BAYWATCH family."

From that day, everybody was curious who this gorgeous girl was.

IIfenesh Hadera is in a relationship with Alex Soroken since 2016. The couple got engaged to her boyfriend (currently fiancee) Alex Soroken. However, the couple has not married yet.

Hadera's fiance posted a picture on his Instagram account with a beautiful dedication for her saying, "Happy Birthday to my best friend, my companion, my world, the love of my life @ilfenator. You've brought brilliance to my life that I never imagined. So more here is a lifetime of happy returns to this day babe. I love you all the world."

Besides her love affair, Hadera has a great physical appearance, she is 5 feet 11 inches tall, with her eye-catching body figure and mostly her brown hair.

IIfenesh Hadera earns a good amount of money from her successful acting career as her total net worth is a s sumed to be in millions.