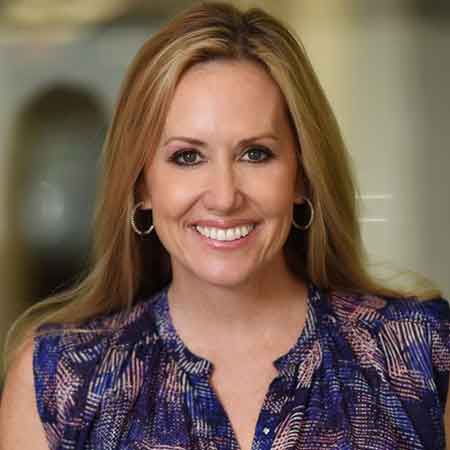 Nicole McMackin is a successful American businesswoman. She is the President of Irvine Technology Corporation, a firm which provides IT solutions and personnel in California. She came to limelight after her high profile affair with The Real Housewives of Orange County star Shannon Beador's husband David Beador.

Who is Nicole McMackin?

Nothing is known about Nicole McMackin's early life and her family background as she has not shared much about her personal life. She attended the University of California at Irvine and graduated with a Bachelor of Arts degree in Political Science.

McMackin started her career in staff augmentation services with an Orange County company, Abbott Resource Group, and within no time because of her unprecedented sales figures and great leadership skills, she became recognized as one of the top performers company-wide. Later, she transferred to Advecta IT where she managed and sold several premier accounts and also led a large team of account managers.

As of 2018, she is working as the President at Irvine Technology Corporation, a firm which provides IT solutions and personnel since May 5, 2017. Prior, McMackin worked as a Chairman of the Board, Chief Executive Officer, and Vice President of Sales at the company.

McMackin is a successful businesswoman as she is in the senior post of Irvine Technology Corporation in California and considering her position we can a s sume that her net worth is in millions. However, her net worth and salary are not revealed.

As a President at Irvine Technology Corporation, she might be getting her salary around $200 thousand per year.

Nicole McMackin is a married woman. She is married to a guy named Reed who is a former plumber and now is a multi-millionaire. According to Celebrity Toob, McMackin's husband is working as the Vice president of Pan-Pacific Mechanical. Together the couple has two children.

David and Nicole first met at a meeting of an elite business club for entrepreneurs called Young President’s Organization in September 2013. Their official meetings changed into lunch and dinners and eventually, they fall for each other and started dating. The couple who lived just twenty minutes drive apart embarked on a secret affair cheating on their respective partners.

The relationship came to limelight when Shannon suspected him of cheating on her. According to daily mail:

"Shannon first suspected David was cheating after catching him whispering to someone on the phone."

"Then in April last year - before filming had started for Season 10 of the show - Shannon decided to check David’s briefcase while he was out and she found hotel receipts stuffed inside."

"When he got back she confronted him and David admitted to an affair."

Following the cheating scandal and several other personal reasons, Shannon filed for divorce against her husband, but on the other hand, Nicole's husband Forgave her and gave her another chance.

She and her husband shared the following statement:

'We have done our best to work through our issues in private. Nicole understands that she made a terrible mistake and there has been an incredible price paid by both families.'

As of now, she is leading a secretive life with her husband and children.