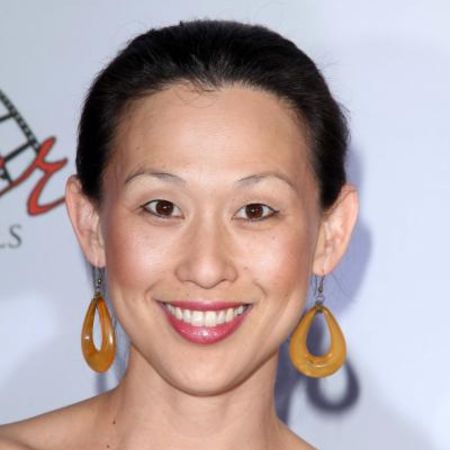 Nicole Bilderback is an Asian-American actress, writer, and producer of Korean, Japanese and Chinese descents. She made her name in the entertainment industry for her recurring roles in the television dramas Dawson’s Creek and Dark Angel as well as her movie appearances in Bring It On and Bad Girls From Valley High.

Nicole Is Of Korean, Japanese, And Chinese Descents

Nicole Bilderback was born on June 10, 1975, in Seoul, South Korea. She was adopted into the US by her parents Jim and Lois Bilderback via the Holt International Children's Services program. Together with her two older brothers, Tim and Craig, she was brought up in Tulsa, Oklahoma, and Dallas, Texas.

Nicole learned to dance at age 3 and was a cheerleader at her high school, Lake Highlands High School, in Dallas, Texas. She later enrolled in the Dallas Young Actors Studio and Performance Center to study acting. 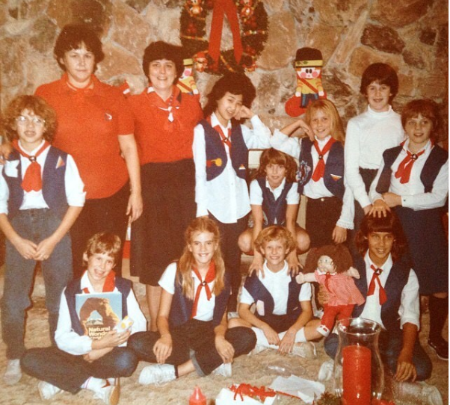 She had to split her time between studying and traveling to Los Angeles to audition for roles while she was still in high school.

Nicole made her debut in the 1995 movie Clueless working alongside the likes of Alicia Silverstone and Stacey Dash.

Later on, she starred in many movies such as Forever Lulu, Bring It On, Bad Girls from Valley High, and Cruel World. She garnered acclaim for her lead role as Julia Kim in the 2008 movie The New Twenty. The movie and her role were universally acclaimed and she won the Grand Jury Award for the Best Lead Actress at the 2008 Los Angeles Out Fest Film Festival. 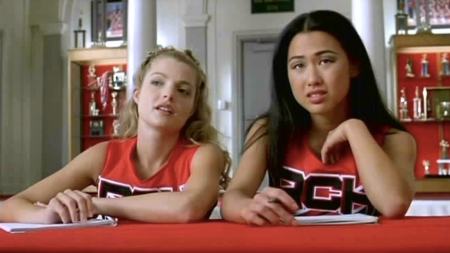 Nicole Bilderback as Whitney on Bring It On SOURCE: Hollywood.com

She later starred in numerous hit television series. She had a recurring role as Janet in The Fresh Prince of Bel-Air starring Will Smith. Furthermore, she had a major role in the American cyberpunk series Dark Angel. She also had a significant role in the 1998 teen drama, Dawson’s Creek. She would go on to have guest roles in television dramas such as Heroes, Castle, The Mentalist, Bones, etc.

A student of many disciplines of martial arts, she did most of her stunt work in movies and television herself.

Nicole is also a screenplay-writer, having written an autobiographical comedy pilot loosely based on her life, called RED, WHITE and YELLOW.

Nicole's Net Worth Is Estimated To Be Around $600k

As of 2019, Nicole’s net worth is estimated to be about $600k. She has been a part of many commercially successful movies, including Clueless and Bring It On. She is also a frequent guest star in popular television shows such as Dawson’s Creek, Dark Angel, Castle, and The Mentalist.

Nicole’s personal life has been maintained relatively private against prying eyes. She is not dating anyone at present.

When she is not busy in her profession, she indulges in many of her hobbies that include doing yoga, dancing, and training in martial arts. She is a very prolific dancer in modern, hip-hop, jazz, and contemporary styles. She is also proficient in many disciplines of martial arts such as kickboxing and mixed martial arts.