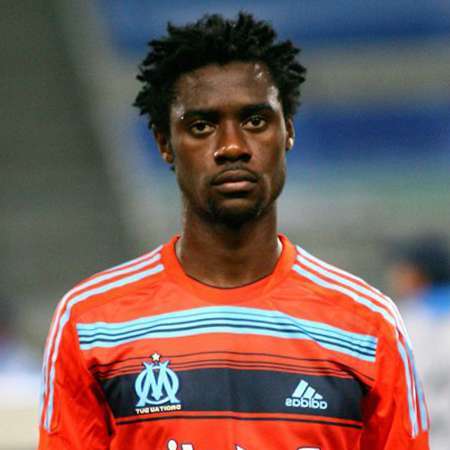 Nicolas N'Koulou is a professional footballer who’s DOB (Date of Birth) is on 27 March 1990, was born in Yaounde, Cameroon. His full name is Nicolas Alexis Julio N'Koulou N'Doubena. He is a tall guy with a height of 181 cm and has a weight of 79 kg. Current teams from where he plays are Cameroon National Team and the French club, Marseille.

Nicolas N’Koulou initiated his career by consolidating with the football academy Kadji Sports Academy in Cameroon, in 2001 at the age of 11. In 2007, he was splintered up by Monaco in Ligue 1, where he played in their second team in the CFA. He won his first professional agreement for the club at the age of 18, and in the 2009/10 season, he made his path, gradually, into the first team and played 24 games for his club. N’Koulou is improving into an all-round defender. In 2008, Nicolas was proposed to sign a professional agreement with the club where he had been involved in training during the last year. Cameroonian player signed a 3 year agreement. The senior manager charged the position in the beginning queue to the Cameroon team and let him trait as an interchange player. Nicolas gave his performance in 78 matches for French Monaco during 3 years.

In 2011 Marseille developed interest in the juvenile Cameroonian who could possibly take a place in the initiating group at Marseille. He officially became the first team player of Marseille after qualifying the medical and all necessary arrangements, signing a four-year agreement. Nicolas has played 30 matches for the club up to the date. In 2008 Nicolas was allowed to play for the national U-23 team. In regard to his involvement in the game, he has played 5 matches for Champions League, 36 games for Ligue 1, 2 for Coupe de la Ligue and Coupe de France and a game in Friendlies. With approximately 60 seasonal games under his captainship for the second placed squad in Ligue 1, he will be expecting that his team can achieve a place in next season’s Champions League. However, it remains to be seen whether the man from Cameroon will play in Europe’s senior club completion with Marseille, the only French side to have won the tournament.

N’Koulou’s achievements also extend to the international coliseum. His quality of supervision and self-control have sparkled with his two teams and in February 2012, when foregoing captain Samuel Eto was excluded due to his involvement in a snub, he was made captain of the national team. This is an astounding achievement and proves what this young man is able to. He contributed his best efforts for the Cameroon national team 2008 summer men’s football when his team was ranked 1.The market value of Nicolas is 13,000€ but still his Salary is not available in the media. It was on the national stage that his qualities started to show. Now well known for his best playing style which he improved in Douala, N’Koulou began to make a name for him.