Nicola Peltz and her Boyfriend Anwar Hadid are Dating, Know about their Affairs and Relationship 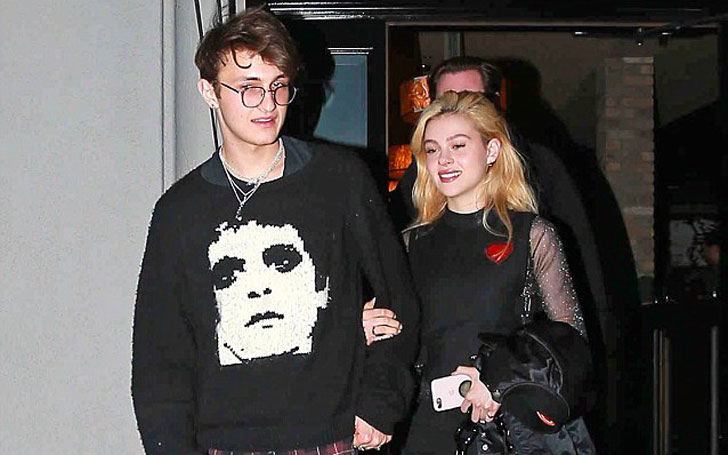 Nicola Peltz is a renowned American actress known as Katara which she played in the 2010 film The Last Airbender. Nicola is currently drawing the spotlight on her for her romantic relationship with Anwar Hadid.

The 22-year-old gorgeous diva has just started an affair a few months ago and is having a great time with him. Read the full article to know more about their romantic relationship.

Nicola Peltz and Anwar Hadid's love relation is on a fast track. Yes, indeed. They have spent just five beautiful months as a girlfriend-boyfriend and are already looking as they have been together for years. A lot of love and the passion for each other have kept the young couple to look extremely adorable together.

Anwar Hadid is a 17- year-old aspiring model and the actress Nicola is of 22, however, their age gap hasn't affected their relationship at all. And the couple isn't shy about their relation lately; who have been sharing the togetherness since January 2017.

She told WWD during an interview at the Sundance Film Festival that they've been hanging out for a while. On complementing her beau Anwar, she told, "Honestly, he is an angel. He's such an amazing person."

In an actual, Anwar is the younger brother of the two American supermodels Gigi Hadid and Bella Hadid.

The couple isn't among the celebrity couples who love to keep their dating life privet. Rather, they keep their fans and follower updated about their romance. Usually, they share the snaps of their intimate moments.

Well, before they made it with each other, they shared some romantic moments with some other. As per the source, the actress Peltz dated the girls' favorite Justine Bieber in past. Sources have reported that the couple only hung for around two months before they moved on their separate way.

In those days, Nicola was spotted in the Bieber's Beverly Hill's house having some sleepovers. A source close to them revealed to US Weekly that the two had a sleepover in his house in June 2016.

On the other hand, The 17-year-young model Anwar was allegedly dated celebrity Kendall Jenner. Whoever they were linked with in the past, it's pretty clear that there is no one except these two in their mind and it's the only necessary thing to keep the relation going on. We hope they reach new heights in their relationship. For more updates stay with Articlebio.