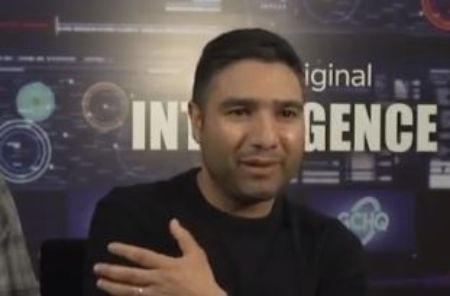 England-born Nick Mohammed is a British well-known actor, comedian, as well as writer. As an actor, he came to the limelight as Tim Grimes in the film The Martian. Similarly, he is also recognized for his portrayal in Bridget Jones' Baby, Absolutely Fabulous: The Movie, and The Sense of an Ending.

Where Is Nick Mohammed Form? His Age, Height, & Ethnicity

Talking about his parents, his father was a Trinidad-born legal professional and the mother is a Cyprus-born GP. The British nationality holder belongs to mixed ethnicity.

Completes 15 Year In The Film Industry

Mohammed has been contributing to the entertainment field since 2006. In the initial years of his career, he appeared in Sorry, I've Got No Head, Reggie Perrin, The King Is Dead, Life's Too Short, and The Persuasionists.

Eventually, the 40-year-old came to the spotlight after playing Tim Grimes in the 2016 film The Martian alongside Matt Damon, Jessica Chastain, Kristen Wiig, Michael Peña, and Sebastian Stan. The movie directed by Ridley Scott earned $630.2 million at the box office under the budget of $108 million.

So far, Nick has appeared in films like Absolutely Fabulous: The Movie, Bridget Jones' Baby, The Sense of an Ending, Christopher Robin, The Nutcracker and the Four Realms, The Kid Who Would Be King, and Roald & Beatrix: The Tail of the Curious Mouse.

Furthermore, in 2020, The Martian actor appeared on the show, Ted Lasso for a total of 11 episodes. In the Apple TV+ series, he starred as Nate along with Hannah Waddingham, Jeremy Swift, James Lance, and Juno Temple.

His other television credits are Drifters, Hank Zipzer, Uncle, Drunk History, and Intelligence. In the coming year, he would appear as Professor Francis in the post-production short film Pragma.

What Is Nick Mohammed Worth?

Professional since 2006, Hank Zipzer actor has 63 acting credits. He has not revealed his exact fortune, however, as per reports Mohammed has an estimated net worth of $1 million in 2021.

The British actors usually earn around $25,000 to $48,000 per year. However, Nick might be receiving a similar average pay range based on his experience and talent.

Life Behind Screen: Is He Dating Anyone?

Ted Lasso actor Mohammed is among those who prefer living a low-key life. To date, he is successful in keeping his private life away from the media.

Nick does not talk much about his personal life. It is really hard to know any information related to his behind-the-screen life. Therefore, it is not clear if the British actor is single, dating a girlfriend, or married to a wife.

He is active on Twitter with 20.5k followers while his Instagram profile is private. He frequently uses his social media to promote his movies and series.