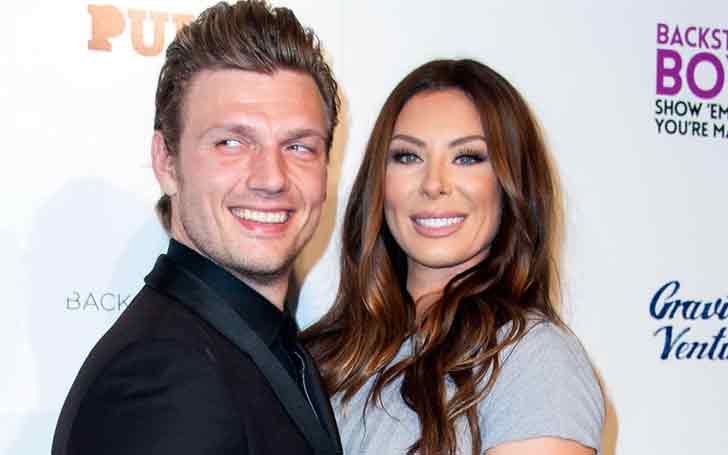 Congratulations are in order! The 39-year-old Dancing with the Stars alum, Nick Carter and his wife, Lauren Kitt are expecting their second child.

Carter took to his Instagram on Friday, 24th May announcing the upcoming arrival of their little bundle of joy with a sweet snap of the family of three.

In the photo, Carter can be seen cradling his wife's growing baby bump while their son gave her belly a sweet smooch. Here is the post:

Thank You God for giving us the greatest gift we could ever ask for . #pregnant #werepregnant #babykisses #happiness #family

The news comes months after Nick announced his wife, Lauren suffered a miscarriage. In September 2018, Carter wrote: "God give us peace during this time." in a tweet. He further wrote:

I really was looking forward to meeting her after 3 months. I'm heart broken.

In March 2019, on the occasion of Mother's day, Lauren shared an ultrasound photo on her social media writing "what would have been her due date."

You May Also Like: Nick Carter's Married Life With Wife Lauren Kitt

Carter and Kitt have already given birth to a son Odin Reign, 3. They had also spoken about their struggle to conceive a child ahead of their first child's birth in November 2015. They have been married since 2014.

Stay tuned to ArticleBio for more updates and recent news