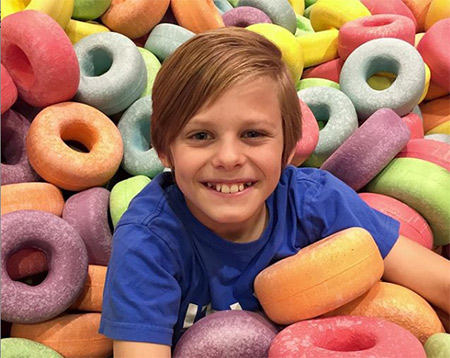 Nicholas Crovetti is one of the promising actors with fantastic talent. The child actor gained massive popularity when he landed the role in most hit television series Big Little Lies. He gained further acclaim following his work in the movie Anywhere With You.

Nicholas Crovetti was born on March 12, 2008, in Los Angeles, California, United States of America. He holds American nationality and ethnicity wise; he belongs to White America. He is the son of  Bradley Crovetti, a producer and writer while her mother, Denise Crovetti, was a Broadway and film actress. Her mother was also a child therapist.

He has a twin brother named Cameron Crovetti, an actor. His older sister Isabella Crovetti is also an actress who came in the light after she took part in the TV series Colony, in 2015. Nicholas influenced to pursue his career in acting after watching his older sister, Isabella on TV.

Nicholas Crovetti started his acting career in the fall of 2015 performing in local theatrical plays. A year ago, he appeared as a guest-star in an episode of Black-ish.

The emerging actor came in the limelight and gained ripe when he landed the role of Max Wright in the highly-rated TV series, Big Little Lies along with his identical twin brother Cameron Crovetti. They are trouble-maker twin sons, Josh, and Max, of Nicole Kidman and Alexander Skarsgard, in the series. 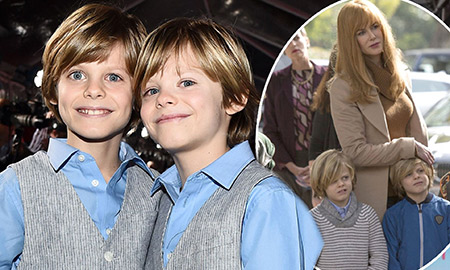 The series is now premiering its season two's fourteen episodes. In the year 2018, the twin brother played a role in the movie Anywhere With You sharing the screen along with McCaul Lombardi, Morgan Saylor, Khleo Thomas, Lorelei Linklater, and more.

Net Worth And Earnings Sources

Nicholas Crovetti at such tender age of 11 has already worked in some successful movies and TV series sharing the screen alongside some recognized faces. It is a crowning achievement for him as opposed to earning money.

The exact amount of his net worth is still under review. But his amazing work in the TV series Big Littles Lies is paid him a good amount of money.

Nicholas Crovetti is a child actor who is utterly focused on his flourishing acting career. He is too young to get involved in any kind of relationship. He is also currently studying.

The aspiring actor is also busy on social media like Facebook and Instagram with thousands of followers. He is close to his parents. He often shares about his family on his social media.

He currently resides in Los Angeles, along with his family.