Congratulations are in order!

NFL star, J.J. Watt, who plays as the defensive end for the Houston Texans, got married to his fiancee, professional soccer player, Kealia Ohai in the Bahamas on Saturday night, 15th February.

Many of Ohai's soccer player friends, including Crystal Dunn, were present in their private wedding. Dunn shared a photo of the bride in her wedding dress on her social media. 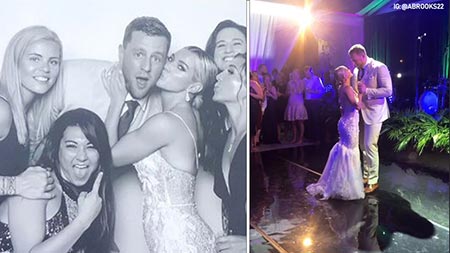 J.J. Watt and Kealia Ohia married in a private wedding in the Bahamas SOURCE: ABC

Before Ohai and Watt exchanged their vows, the pair shared a couple of photos from the tropical destination. Earlier on the day, Watt shared an image of Ohai wearing a white blazer.

Ohai and Watt were engaged for around nine months before they got married. The pair met in 2016 through Watt's former Texans teammate Brian Cushing, who in turn is married to Ohai's older sister, Megan.

They sparked their romance rumor back in early 2016 when Watt was spotted at Houston Dash, Ohai's former team's game. Later, he fueled the rumor when he sported her jersey number during a press conference. 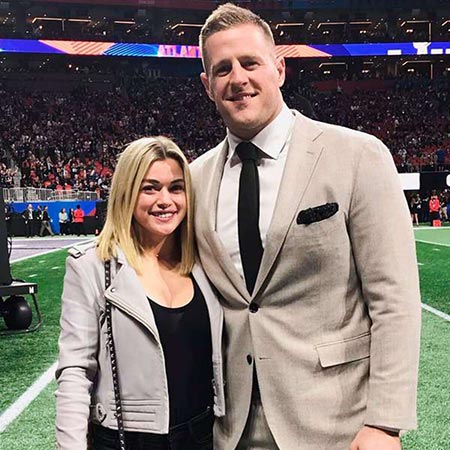 JJ Watt and Kealia Ohai started dating in 2016 and became engaged in May 2019 SOURCE: E! News