These days, social media have been a perfect way to announce personal updates. Jordana Brewster, who is famous for appearing in As the World Turns, is currently over the headlines after announcing her engagement.

The actress got engaged with her boyfriend, Mason Morfit, whom she first met four years ago. To know more about the couple's relationship timeline and future plans, scroll down:

Announcing your engagement with an actual moment picture is the jewel in the crown. Photographer snapping photos of your lover proposing to you is one of the beautiful and best days of life.

Blessing of your family and wishes of your loved ones sends you to seventh heaven when you announcing your life's best news through photos on social media. The case is ''exactly the same" with the actress and model Jordana.

Confirming the engagement on Tuesday, the 41-year-old is now ruling social media. The actress announced her engagement on September 14. In the picture, she can be seen flaunting her ring during an outing in Hollywood with Mason. 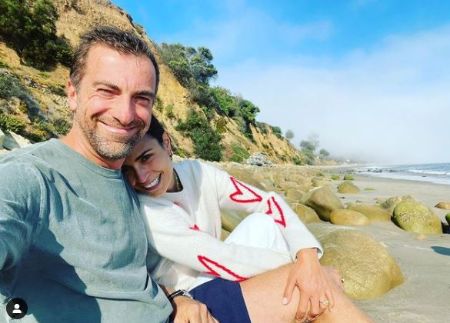 Dallas' alum was soon showered with best wishes and love from her family, friends, and fans. Among them, actresses Hilarie Burton, Cara Santana, Anna Schafer, and Samantha Gutstadt's congratulating comments were the highlights.

When & How Did Brewster Link Up With Her Fiancé?

Brewster, with $25 million worth, revealed that she met her businessman boyfriend Morfit four years ago through an essay for Glamour Magazine in June 2021. The pair first met four years ago at lunch with mutual friends when she was still married to her then-husband.

In the interview, Brewster admitted of following Morfit on Instagram, and so did him. She said:

“Shortly after that lunch, I started following him on Instagram. I enjoyed his sweet, self-deprecating humor. His intelligence made him all the more attractive. We had similar backgrounds: We’d grown up abroad, ping-ponging from England to Brazil (me) and Indonesia (him).”

The mother of two then shared how she could not stop herself from thinking about the CEO of investment firm ValueAct Capital. Soon later, the couple started seeing each other every other week.

The media first caught them together holding hands in Santa Monica, California, in July 2020. The actress stated she is even planning her second wedding in her head, which seems to be coming true soon in the future. 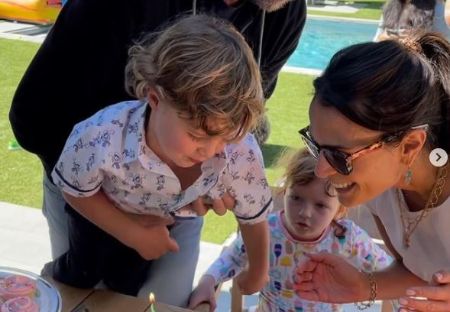 Before Mason, Lethal Weapon famed Jordana was married to Andrew Form (2007-2020). She, along with her ex-husband, has two children: Rowan Brewster-Form and Julian Form-Brewster.