It's been five months since Dylan Barbour and Hannah Godwin got engaged and the Bachelor in Paradise couple has just celebrated their engagement at a party.

The two celebrated the party with their Bachelor Nation friends on Saturday, February 23, in a gorgeous Beverly Hills. The home was decorated with orange, gold and white balloons. 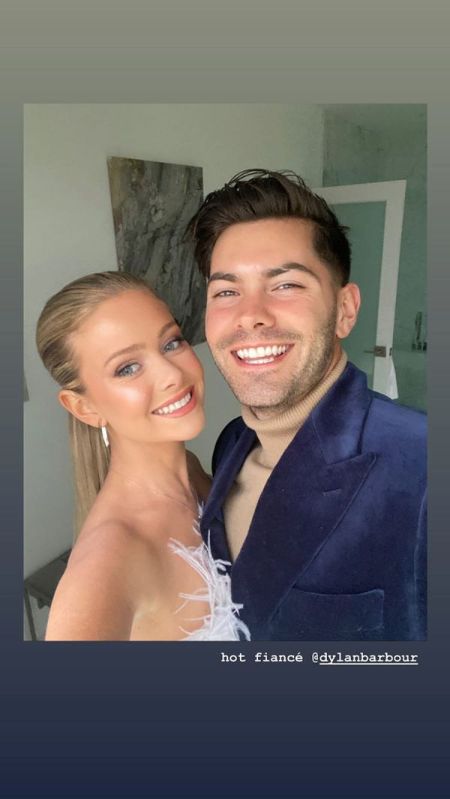 Hannah Brown, her ex-fiancee Jed Wyatt and his new girlfriend, Ellen Decker were also among the guests. They were served colorful cocktails and snacks included cookies decorated with pictures of the groom-to-be.

Barbour and Godwin competed on season 6 of Bachelor in Paradise and in its finale in September 2019, the two got engaged.

Godwin, 25, who appeared on Colton Underwood’s season of The Bachelor in 2019, wore a strapless white sheath dress embellished with feathers, nude heels and had her hair slicked back in a sleek ponytail.

Barbour, 25, previously romanced Hannah Brown on The Bachelorette season 15 in 2019.