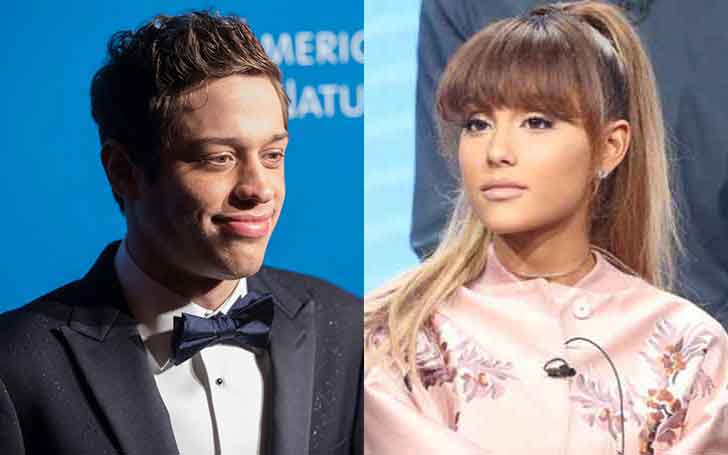 Over the years,Arina Grande has had a fair share of relationships. The 24-year old's love life is a rollercoaster, to both herself and her fans. With her talents and beauty, Grande has cast a spell on many people around the globe. So it's no surprise Ariana's relationship status creates curiosity amongst her fans.

From Big Sean to Jai Brooks to Mac Miller, the "No Tears Left to Cry" singer dated many big names in the past. Meanwhile, there appears to be growing rumors the young singer is adding one more to the list. Some reports suggest she is currently dating the Saturday Night Live Star Pete Davidson. Is it true? Let's find out.

The ongoing rumor does appear completely true. According to the People, an insider told them the relationship between Ariana and Pete just started and it is very casual at this stage. The new couple recently went through individual breakups themselves and it seems they have found solace in being together.

This whole turn of events came as a surprise to some fans on social media since the singer only recently broke up with her former boyfriend Mac Miller in early May. Some of Pete's fans on Twitter are even more outraged that he took no time to move on after confirming breaking up with his former girlfriend Cazzie David just a week earlier. Funnily enough, both Ariana and Pete dated their former partners for two years. 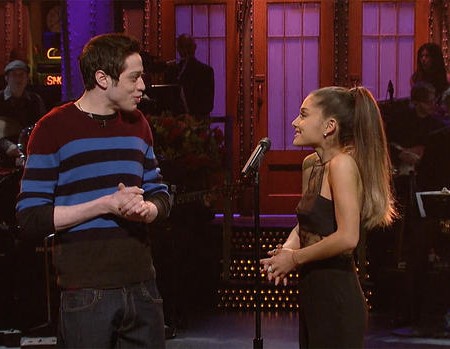 Grande met Davidson when she was a host of Saturday Night Live in 2016. During the opening monologue, he joined her on stage, when the singer was talking about how she needs a scandal to take her career to the next level. Besides Saturday Night Live, Davidson has also featured on MTV shows such as Guy Code, Failosophy, and Wild 'n Out.

Social media has undoubtedly taken over the world and you can no longer not take Instagram captions and comments seriously. This new couple is seen flirting on Instagram lately. Just a couple of days ago, Davidson commented on his new girlfriend's photo. He wrote "Love this caption. Caption Queen." Moments later, the popular singer responded with "King of loving my captions." This couple sure does know how to make the fans blush.

The 24-year-old singer was last seen at the Billboard music award earlier in the month. She sang "No Tears Left to Cry" which is scheduled to come out on July 20. As for her love life, the pair is yet to be seen in public as a couple, but there remains no doubt they are indeed one.

Arian Grande Criticized For Breaking Up With Ex-boyfriend

The young singer might have discovered her new found love and she appears delighted for it. However, all is not rosy for Ariana Grande as she suffered criticisms on social media relating to her split with her ex-boyfriend Mac Miller. The most notable one was a tweet by a user named 'Elijah Flint' who was so harsh, Ariana could not help herself responding. The tweet said:

Though Ariana appears to move on swiftly, the same can't be said for her former rapper boyfriend. The tweet referred to Miller getting arrested last week for a drunk driving incident when he crashed his car in LA. Ariana defended herself by claiming she can't be shamed for man's inability to keep it together. Her full reply to the twitter user reads:

"How absurd that you minimise female self-respect and self-worth by saying someone should stay in a toxic relationship because he wrote an album about them, which btw isn't the case (just Cinderella is ab me). I am not a babysitter or a mother and no woman should feel that they need to be."

She further added, she had all the care in the world for him, and always wished and still wishes the best for him, including his effort to find balance in sobriety. However, shaming/blaming women for a man's inability to keep it together is a major issue. She asked people to stop doing such. 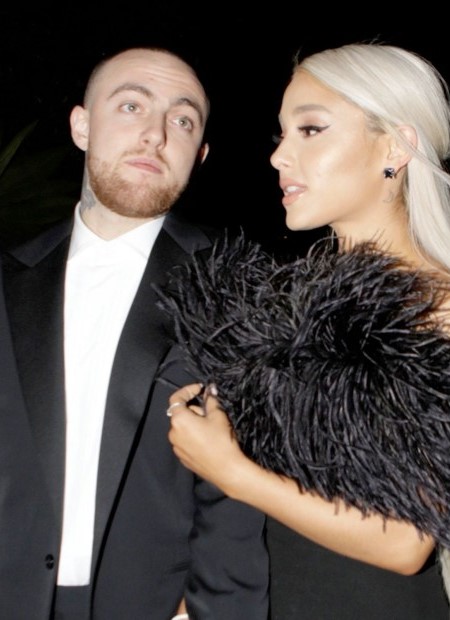 Grande continued, she prays from the bottom of her heart that Miller succeeds in figuring it all out and hopes other people in his position will too. The twitter guy later apologized with his own tweet explaining how sorry he was to which Ariana responded she appreciated his apology.

Grande confirmed the couple of 2 years had broken up on Instagram earlier in the month. She said "Unconditional love is not selfish. It is wanting the best for that person even if at the moment, it's not you."

Miller is known to be a drug user as well as an abuser as he spoke about it multiple times in the past. However, this is the first time Grande publicly addressed her break up.