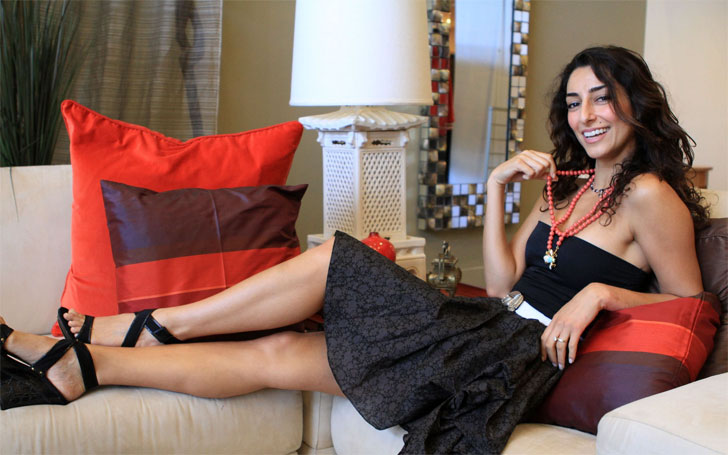 They say “Engagement is not just a wearing ring, custom for two, it’s a commitment of dreams, love, and feelings”. And talking about engagements, guess who's been engaged for a while now and planning to get married?

Necar Zedegan who plays First Lady 'Dalia Hassan' on the eighth season of thriller TV series 24 is engaged to wed soon! We have exclusive details on her wedding planning plus recent affairs, here.

The 24 actress Necar Zedegan is yet to get married, she is however engaged to her boyfriend since many years now. The couple even has a daughter together.

However, they have not announced their marriage date. Back in 2010, in an interview, she revealed that she was planning to get married, yet the day still has not come.

Necar posted another photo captioning ''Giving Love ‘Pray for Teheran’ stand against Terrorism'' on 8 June via her Instagram. She's always been empathetic.

Necar spends leisure time with her family,  staying active (swimming, hiking, yoga, and dance). Currently, she lives in Los Angeles with her family and two rescued dogs Charlie and Sylvie.

What is Necar Zadegan Up To These Days?

Necar has been in the Industry since 2005. She currently appears on the 3rd season of Bravo TV’s drama Girlfriends’ Guide to Divorce alongside Lisa Edelstein, Beau Garrett, Paul Adelstein, Janeane Garofalo and Alanna Ubach. She portrays the character of a divorce attorney. Zedegan was keenly interested in acting/modeling since her young age. She is a trained theater artist who began her acting career performing in several Broadway shows. In 2005, she made debut in the television industry with a guest appearance on the TV series The Bernie Mac Show.

In 2010, she got her main role of First Lady 'Dalia Hassan' in the television series 24.  Necar has also appeared in few theatrical and short films.

Zadegan's career and personal life both seem to be going quite well. Let's hope we get to hear more good news from her side!