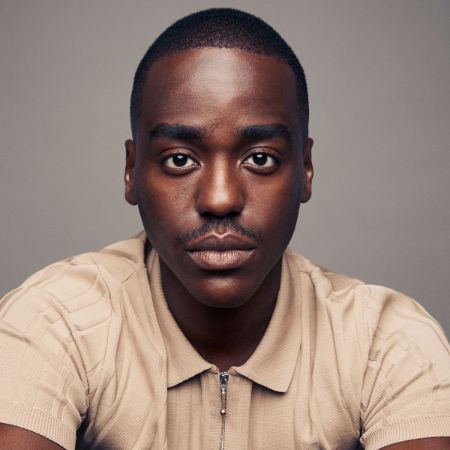 Ncuti Gatwa is a Scottish-Rwandan actor well recognized for playing Eric Effiong in the Netflix original series Sex Education. The 28-year-old actor notably appeared in the television miniseries: Bob Servant and Stonemouth. Moreover, Gatwa has also made his appearance in the 2019 historical comedy film Horrible Histories: The Movie-Rotten Romans.

Ncuti Gatwa was born on October 15, 1992, in Nyarugenge, Kigali, Rwanda. He was raised in Edinburgh and Dunfermline, Scotland. He holds Scottish nationality and belongs to the mixed (Afro-American and Rwandan) ethnicity.

Gatwa is the son of Dr. Tharcisse Gatwa, a journalist with a Ph.D. in theology. Talking about education, he went to Boroughmuir High School and Dunfermline High School.

He then attended the Royal Conservatoire of Scotland in Glasgow, graduating in 2013 with a BA in acting.

In 2014, Ncuti Gatwa made his debut on-screen appearance as Mae Customer in the comedy television miniseries Bob Servant. A year later, he appeared as Dougie in the crime-drama-mystery miniseries Stonemouth.

Gatwa had a minor role in the comedy-history film Horrible Histories: The Movie-Rotten Romans in 2019. Sebastian Croft, Emilia Jones, and Nick Frost were the stars of the film.

The actor currently plays Eric Effiong in the Netflix original series Sex Education alongside Asa Butterfield, Gillian Anderson, and Emma Mackey. For his performance in the show, he earned a nomination for the BAFTA TV Award for Best Male Performance in a Comedy Programme.

Furthermore, he is currently working on his upcoming romantic drama film The Last Letter from Your Lover, which will be released in 2021.

Ncuti Gatwa is believed to have an estimated net worth of $200 thousand as of December 2020. The primary source of his income is his acting career.

Gatwa currently works in Netflix's show called Sex Education. His exact salary is not disclosed yet. However, the actor definitely makes hundreds of thousands of paychecks being on the show.

'Sex Education' star, Ncuti Gatwa is not dating anyone and is currently single at the moment. The actor hasn't revealed anything about his girlfriend or relationship until now.

The actor seems to be very focused on his acting career rather than dating anyone. He is currently working on his upcoming romantic drama film The Last Letter from Your Lover, which will be aired in 2021.