Nancy Travis' Two-Decade Long Married Life With Husband Robert N. Fried, " I knew I wanted to have a marriage and hopefully have it be the only marriage." 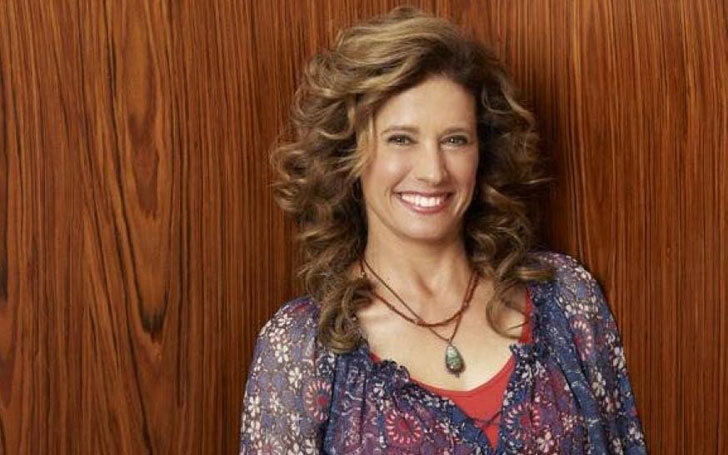 The Last Man Standing actress, Nancy Travis is married to Robert N. Fried, the founder, and CEO of Feeln. The couple is together for more than two decades and has shown the world that a happy, long-lasting marriage is actually possible in Hollywood.

What is the secret behind their long-term relationship? Let us find out here!!

The Duckman actress Travis is a married woman. She tied the knot to Robert Fried, the former president, and CEO of Savoy Picture in 1994. He's currently the Founder & CEO of Feeln.

The two are blessed with two children Benjamin E. Fried born in 1998 and Jeremy Fried in 2001. Travis proudly claims to have a loving and caring husband. During an interview with Dispatch, she said,

In Hollywood where every day a couple breaks up hearing about this kind of relationship is nothing less than a miracle. Along with a loving wife, Travis is also a caring mother.  Despite being busy with her work, she beautifully manages time to be with family; especially with her kids Benjamin, 19 and Jeremy, 16.

Nancy Travis; Glimpse Of Her Career

She started acting on the New York stage and made her Broadway debut in I'm Not Rappaport in 1986. Later she continued to act on the big screen in some movies like So I Married an Axe Murderer, Beyond Suspicion, and Running Gates.

She addressed during an interview that she's lucky to play in some of the hit TV shows. She said,

Also, I was on a trajectory with film roles, and then that faltered. And then television entered my world, and I’ve been fortunate to keep working in television. I really do love performing in front of an audience and how impromptu and improvisational the comedy can be, and also how specific it has to be.

Some of her recent TV shows include How I Met Your Mother, Grey's Anatomy, Hart of Dixie, Last Man Standing and The Kominsky Method.