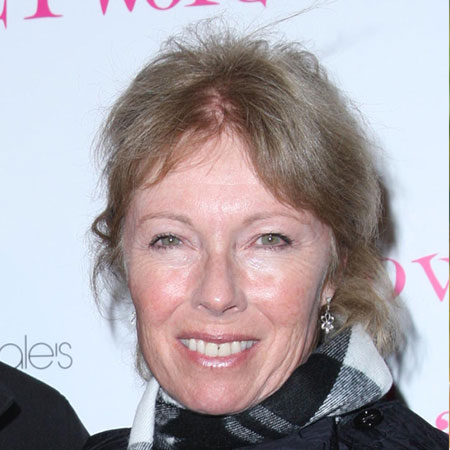 Canadian gem Nancy Dolman was a comic actress and singer who gained widespread popularity following her role in the hit ABC sitcom Soap. She was also popular for her work in the legendary 1972 production of Godspell, in husband Martin Short's 1985 cable television special Martin Short: Concert for the North Americas, and more. Her other works include It's a Living and Landon Landon & Landon.

Nancy Dolman was born on September 26, 1951, in Toronto, Ontario, Canada. She grew up in her hometown Toronto along with her brother Bob Dolman, a director. Further information about her early life and parents are not disclosed.

Following her schooling, Dolman went on to enroll at the University of Western Ontario where she earned her Bachelor's degree in philosophy.

Nancy Dolman started her acting journey in the 1970s performing in the Canadian Rock Theatre production of Jesus Christ Superstar.

In 1980, the actress played the role in It's a Living. The same year, Dolman landed the role in the TV series Landon Landon & Landon.

In order to become a homemaker and full-time mother to her three children with her husband Martin Short, Dolman announced her retirement from the show business in the year 1985.

Nancy Dolman's Net Worth And Earnings

Nancy Dolman made a good amount of net worth, which according to some authorized sources, it was reported to be around $0.8 million at the time of her death.

The actress was also a proud owner of an antique clothing store called Reflections of Ambrosine. Along with her close-mates Rita Wilson, Kurt Russell, and Kate Capshaw. She owned a luxury vacation home in the affluent Ontario area of Muskoka.

Dolman and her spouse Short, likewise, owned a duplex in Pacific Palisades, California.

Nancy Dolman married Martin Short on 22 Dec 1980, in an auspicious wedding ceremony. The couple first met during the 1972 production of Godspell in Toronto. They, however, did not start dating until 1974.

Dolman was a doting step-mother of three children from Martin's previous relationship. At the age of 32, the actress adopted her 1st child a daughter named Katherine Elizabeth Short, born on December 3, 1983. And two more Oliver Patrick Short born April 29, 1986, and Henry Hayter Short, born August 4, 1989, she adopted when she was 34 and 37 respectively.

Their daughter Katherine graduated from the University of Notre Dame's Mendoza College of Business. She later pursued her career in directing and producing. Their son Henry Short also completed his graduation from the same university.

Doman played the Violin and was also an avid tennis player. Furthermore, she enjoyed skiing and cooking.

Nancy Dolman's Cause Of Death

Nancy Dolman had been fighting against ovarian cancer for a long time and sadly pa s sed away on August 21, 2010, at the age of 58 in Pacific Palisades, California. Her death was from natural causes according to the Los Angeles County Coroner. Many relatives and close friends gathered for her funeral.

Following her death, American actor and writer Steve Martin, a close friend of Nancy's dedicated a musical elegy titled, "The Great Remember (For Nancy)" to her.