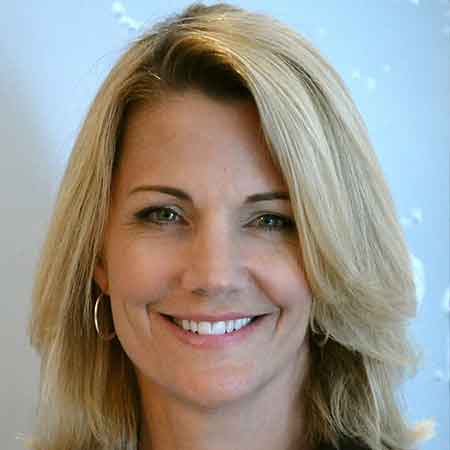 Born and raised in Cohasset, Massachusetts Nancy Carell is an American actress and writer who is known for her roles in the movies such as The 40-Year-Old Virgin (2005), Bridesmaids (2011) and Seeking a Friend for the End of the World (2012). She was also the one-season cast member on Saturday Night Live and a correspondent on The Daily Show. Nancy is married to a famous actor, director, producer as well as comedian Steve Carell and the couple is blessed with two children.

Nancy Carell was born Nancy Ellen Walls on 19 July 1966 under the birth sign cancer which defines her personality to be sentimental and deeply intuitive. She was raised in Cohasset, Massachusetts, the United States of America.

She attended Boston College and graduated in the year 1988. She was the member of the improvisational troupe My Mother's Fleabag.

Carell started her career appearing at The Second City in Chicago and she joined the cast of Saturday Night Live (1955-96), where she was recognized for her impression of CNN anchor Bobbie Battista.

Then she later worked on the satirical TV news program The Daily Show as a correspondent. In 2009, she voiced Mike Judge's animated series The Goode Family for the character Helen Goode which was aired on ABC. In the series, she was credited for the first time as Nancy Carell instead of Nancy Walls. 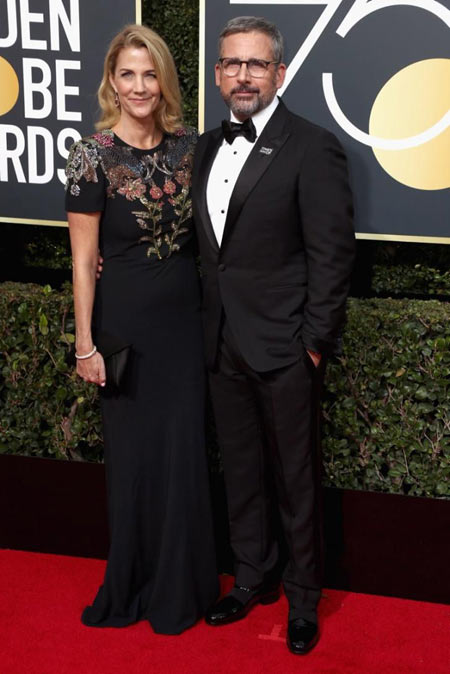 Moreover, she has made a guest appearance in the sitcom The Office as Carole Stills, a real estate agent and former girlfriend of her husband, Steve Carell's character. Her other movies include Bridesmaids as Helen's tennis partner, Seeking a friend for the End of the World as Linda Petersen.

As of 2018, she appeared in the television series named Angie Tribeca as Katy Perry in the second episode.

Nancy Carell has amassed a decent amount of money from her career, however, her net worth is not disclosed and it is still under review. As per the Celebrity Networth, her husband net worth is $50 million but as per The Richest, it is estimated to be $45 million.

In 2010, the millionaire actor Steve Carell bought a 5,126 square feet mansion in Toluca Lake, LA for $6 million. The house has 6 bedrooms and 5 bathrooms, a huge swimming pool, spa, guest house and a private tennis court. He also built an automobile elevator for his cars.

Nancy Carell is married to a famous and well-known actor, comedian, writer, producer as well as director Steve Carell who is famous for starring in many successful movies and television series including Michael Scott on The Office where he also worked as an occasional producer, director, and writer in 1995. He also won Gloden Globe Award for his performance on the show.

Nancy and Steve first met when the former was a student in an improvisation class at Second City training center in Chicago, and the latter was a teacher. It was love at first sight for Steve but was hesitant to ask her out. During an interview in 2013, commemorating the past, he said:

I beat around the bush and said something stupid like, "Well, you know, if I were to ever ask someone out, it would be someone like you." It's so stupid, but it was all self-protection. She was the same way: "If somebody like you were to ask me out, I would definitely go out with him. If there was a person like you."

He further said that he knew Nancy was one for him since the beginning. She was as funny and as happy person as he was-a perfect match.

"I thought she hated me because she was very quiet around me. I thought she for sure knew that I was full of it, and I later found out that she was just as nervous as I was and trying to act cool."

In the end, everything worked out and after dating for a few years they got married and is living a blissful life since then. The couple welcomed their first child a daughter named, Elisabeth in 2001 and three years later they welcomed their second child a son named John in 2004.

The pair has been happily married for decades and is living a cherish life with their children in Los Angeles, California, United States of America as of 2018.

Here is an interview with the dashing couple Steve and Nancy Carell where they are talking about their relationship.