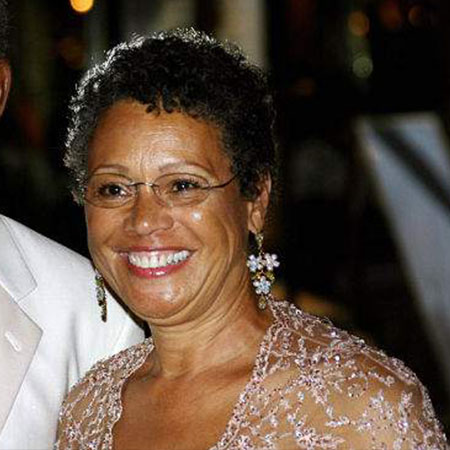 Myrna Colley-Lee is a costume designer as well as an experienced set designer and art director. She came to limelight after marrying Hollywood star, Morgan Freeman. Freeman is famous for his roles in movies like 'Shawshank Redemption’, ‘Seven’, and ‘The Dark Knight Trilogy.'

Myrna Colley-Lee was born in 1941, in Hamlet, North Carolina. She holds an American nationality and is Afro-American as per her ethnicity.  She received a Bachelor degree of Fine Arts degree from the University of North Carolina. Later, she received her master's degree in Scenic and Costume Design from Temple University, Philadelphia, Pennsylvania.

Moreover, she has also worked for Charles S. Dutton, Alfre Woodard. She not only worked as a costume designer but also worked as art director and set designer for many films and television productions. Colley-Lee ventured into the field of commercial interior designing lately.

Besides, Myrna Colley-Lee also serves as a commissioner for the Mississippi Arts Commision.

She is earning some amount of money while working as a costume designer for movies.  To talk about her ex-husband, Morgan Freeman's net worth, it is estimated to be around $200 million. As a famous American actor, he has played in a lot of movies in his career. Some of his hit movies are:

Myrna Colley-Lee is living a single life after she got divorced from her ex-husband Morgan Freeman. Myrna and Morgan first met through their mutual friends. They started dating after their few meetings and dated for a while before getting married on June 16, 1984. It was her first marriage where Morgan was a divorcee who was previously married to and divorced his first wife Jeanette Adair Bradshaw.

They decided to live in Tallahatchie County in Northern Mississippi after their marriage rather than living in the glitz and glam of Hollywood. The two didn't give birth to any children together but adopted his step-granddaughter, E'dena Hines from his previous marriage.

They spent 23 beautiful years of marriage before Mryna Colley-Lee filed for divorce from Morgan in 2007. The news of their separation didn't make headlines until Morgan got into a car accident in Mississipi. The divorce proceeded for 3 years and was finalized in 2010.

Morgan cheated on his wife multiple times which was the reason behind their separation. Morgan was allegedly in an extra-marital relationship with a school teacher named Mary Joyce Hays. Not only the teacher, but he was also accused of having an inappropriate sexual relationship with his step-granddaughter, E'Dina Hines who was killed in NYC in 2015.

Morgan Freeman was married to his first wife Jeanette Adir Bradshaw since October 22, 1967. Their marriage lasted for 12 years before they got divorced on November 19, 1979.

In the following video, we can see Morgan Freeman's lawyer talking about his divorce after 24 years of married life with his ex-wife Myrna Colley-Lee.