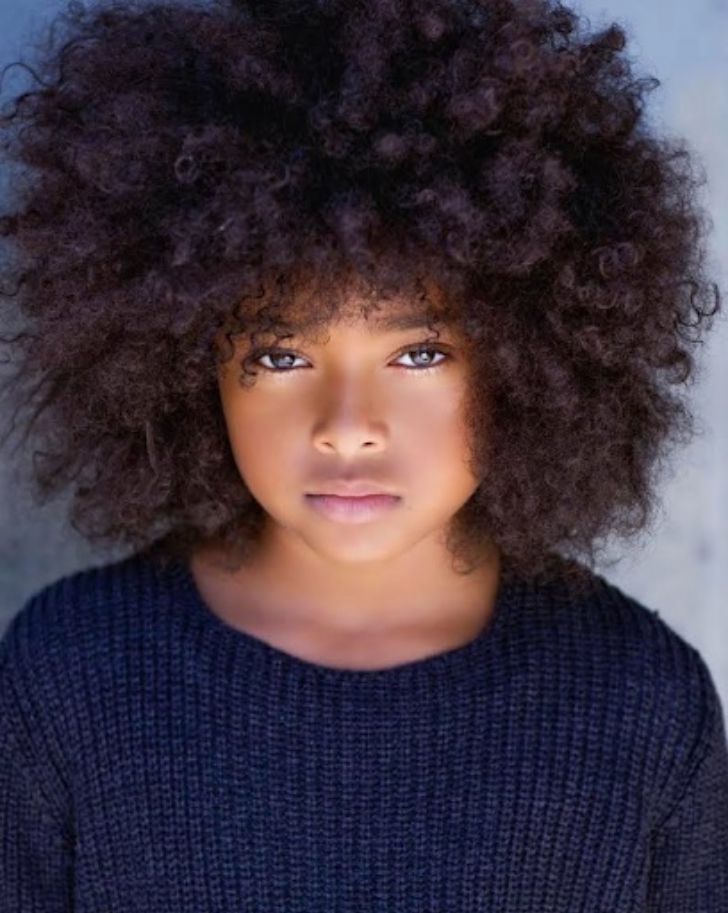 With her versatile career & international fame as a preteen actress, model & thespian, Mychal-Bella Bowman amazes the world with the definition of pure talent. Widely popular for playing the lead cast Grace in the TV series The Underground Railroad (2021), Bowman first came into the limelight after a national commercial for Disney & has since well-maintain her feat as a commercial model & an aspiring TV actress.

Where Is Mychal-Bell Bowan From? Her Age?

The North Carolina native Bowman was born in January 2010 to American parents. She is the oldest of 3 children (all daughters) and hails from a black ethnic background, though further details on her family are yet to be out. Often Mychal-Bell shares pictures of her parents & siblings on her social media. 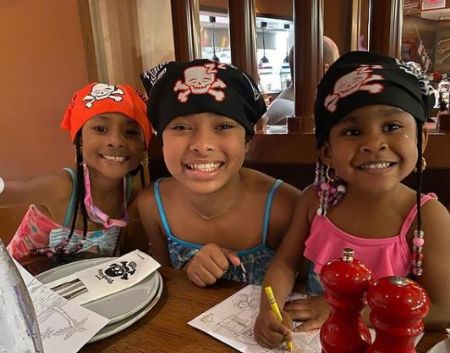 She is currently based in Los Angeles ever she landed her first major commercial role, in Disney. Reportedly, her mother closed her business of 25 years in North Carolina & moved to LA to ensure Bowman's career growth.

Career As A Model and Actress

Bowman, by the age of 2, was modeling for an educational international print campaign before she landed in a national commercial for Disney. After that, she along with her mother went to Los Angeles where she auditioned for modeling gigs. Within two weeks, the American child prodigy was able to land in the Barbie Moschino commercial and UGG print campaign.

Then-6 years old Mychal-Bell made her on-screen debut as a guest cast in Togetherness (2016) that followed her TV works in The Haves and the Have Nots (2017) & Star Kids (2018). Moreover, she worked in four National Brand commercials 2 Hidden Valley Ranch, Food Lion, Walmart & Super Bowl Hertz campaign.

Other notable commercials of her include Nissan, Hertz, Jos A. Bank, the SAGAFTRA Posterchild, Target, Sprout, & Uniqlo, which reportedly totals 18k airings via ISPOT. 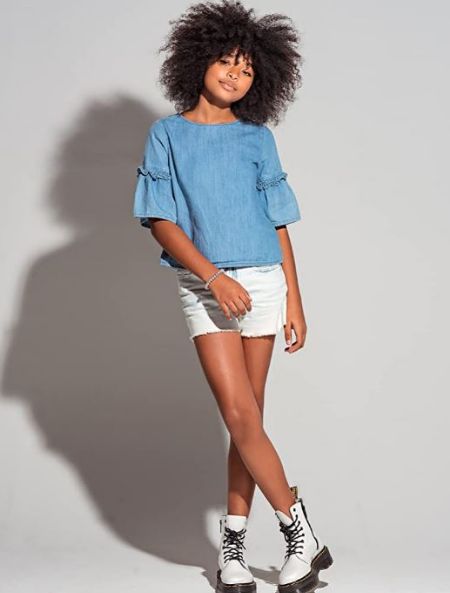 CAPTION: Mychal-Bella Bowman began working as a model as a child & made TV fame through The Underground Railroad (2021) SOURCE: IMDB

In 2021, Mychal-Bell Bowman was cast in the lead role of Grace in the TV series The Underground Railroad starring Thuso Mbedu, Chase W. Dillon, & Joel Edgerton. It is directed by the Oscar Award-winning director Barry Jenkins while Hollywood star & Oscar winner Brad Pitt is one of its executive producers.

As per IMDB, her film Box Brown is currently under post-production while the TV series Queens is under pre-production. She would portray Isabella in the sci-fi mystery drama series Hidden Springs (currently filming) featuring Brit MacRae & Anna Smith.

Since 2012, Bowman is active in modeling & has added up acting in her portfolio following her TV debut in 2016. Despite being so young, Mychal-Bell's professionalism in her works indeed has grabbed her fame as well as fortune. Aso of 2021, The Underground Railroad actress has an estimated net worth of $50,000.

Throughout her career, she has worked as a model/cover girl for various known brands such as Target, True Religion, American Girl, Garnet Hill, Gap, Nordstrom, Disney, Barbie/Mattel, Under Armour, H&M, Levi, Osh Kosh, Target Champion, Striderite, Fruit of The Loom, Crocs, and DSW.

No doubt, with such a prominent career in modeling & acting at a young age, Bowman has earned a huge interest in her personal life. The American child actress & model, currently in preteen, is active on Instagram which is managed by her parents. Her Instagram account (@mychalbella) has more than 65.3K followers in 2021.

Aside from working on-screen, Mychal-Bell uses her fame to stands as a role figure for philanthropic works & has associations with many non-profit organizations. She takes the stands for anti-bullying, autism, animal cruelty, cystic fibrosis, growth disorders, homeless & cure hunger. Bowman works as an advocate & raises funds for Levine's Children Hospital and LA Children's Hospital.

The child prodigy, who defines her 'God-fearing typical kiddo' has an interest in sports & singing/guitar/piano. Reportedly, she once performed at the Hollywood Bowl with the legendary Cyndi Lauper.

Along with acting, Mychal-Bell Bowman focuses on her studies as well; she began at the age of three & believes her mother's saying 'Beauty and brains is a household rule. Academics is a priority because there is life after the industry.'