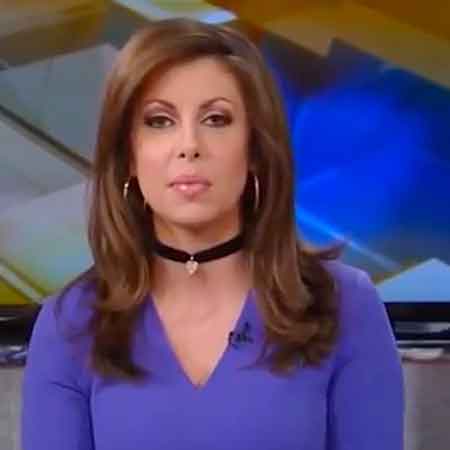 Morgan Ortagus is an American journalist and a former Miss Florida participant. The former beauty pageant winner is a "Queen of Reporting" at present. She gained popularity after she started working as an American Foreign Policy and National Security analyst. She has also worked on Fox News and Fox Business. Ortagus is now the spokesperson for the United States Department of State.

Morgan Deann Ortagus was born on July 10, 1982, in Auburndale, Florida under the zodiac sign of Cancer. Her father Ronald E. Ortagus owns two Florida franchises and her mother Denise C. Ortagus was an office manager.

Morgan grew up in Polk Country, Florida. She belongs to American nationality and regarding his ethnicity, she is a White.

After high school, Morgan participated in a beauty pageant in order to get a college scholarship. She participated in many beauty pageant contents including Miss Orange Blossom Pageantry, Miss Teen Auburndale Pageants, Miss Florida Citrus Pageants,  and Miss Auburndale Pageantry. She came third in the Miss Florida Beauty Pageant and she even won a scholarship of $3,000.

Does She Have A Sister?

As mentioned earlier, Ortagus is the only child of her parents thus, she does have a sister. Though there are many articles who claim her having a twin sister she is the only offspring in the family.

In 2005, Morgan graduated from Florida Southern College with a B.S. in Political Science. After that, she finished her education from John Hopkins University in 2009, with a Master of Administration. In 2013, she completed a Master's of Business Administration from Carey Business School at John Hopkins.

Morgan Ortagus has worked with lots of organizations over the years. According to the source, she was hired by K.T. McFarland in 2006. Ortagus was a United States Senate candidate at that time and she worked as his media secretary.

After working with K.T. McFarland, Ortagus worked in the U.S Agency for International Development and she spent several months working in Baghdad, Iraq.

Morgan worked as Intelligence Analytic Correspondence at the United States Treasury under the Office of Intelligence and Investigation from 2008 to 2010.

Morgan became a part of Ernst and Young, multinational professional services firm where she launched the firm's initiative titled Geostrategic Business Group. Later, she was promoted to the External Director of the Unit.

As of present, Ortagus works in the famous programs in the Fox News and Fox Business. She is now also the spokesperson for the United States Department of State. Furthermore, Morgan is an officer in the United States Navy Reserve.

On the other hand, Morgan ardent supporter of the Republican Party and its current President Donald Trump.

As a journalist and television program host, Ortagus receives an approximate salary of around $79,094.

Morgan Ortagus is married twice. As of 2018, Morgan Ortagus is married to her second husband Jonathan Ross Weinberger, with whom she tied the knot on May 11, 2013. Their marriage was held in a court of law before a Jews ceremony was organized to celebrate their union. Jonathan is the vice-president of Veedims, a manufacturing company that produces power and data-control systems for automobiles and buildings.

The husband-and-wife are living a beatific life together which they frequently share with their fans on their social media.

Previously, Morgan was married to Joshua Dobbs, a US Marine Officer. She has not revealed much about her relationship with her first husband, but she divorced her first husband after a few years of their conjugal life.