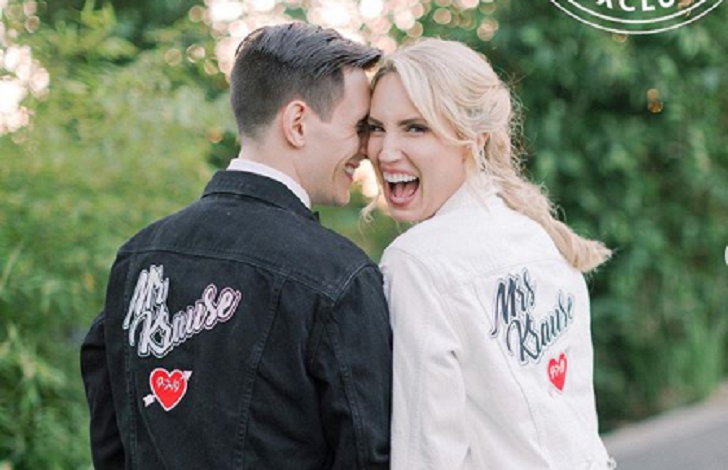 Molly McCook, who is widely known for appearing in the Last Man Standing, tied the knot with actor John Krause at the Santa Barbara Zoo in California on Saturday.

Sharing the happy news with PEOPLE, Molly claimed that they would visit every zoo in each city while John was on the road. She also claimed that they had the most fun together and said that no one could make her laugh like John.

We did it! The absolute best day of my life. My now wonderful HUSBAND has turned my world upside down in the most magical way. Thank you to everyone who made this wedding so special. Which is so many of you. Thank you @lucasrossiphoto for being the best of the best and capturing our day. We  U. Thank you @people for our special exclusive- link in bio #McKrauseWedding

On the other hand, John said that their whole relationship has been about sharing adventures and are excited to start a new adventure in an ideal location surrounded by friends and family.

Betty Who and Katie Stevens served as the bridesmaids whereas Maia Mitchell, Christoph Sanders, and Amanda Fuller also attended their special day.

The 29 years old actress admitted that their friends are like family to her.

Dream team. Thank you all for grounding me on such a wild and emotional day, for making me laugh, and taking care of me. I’ll never forget it. And all the same to @janelparrish who was loving from afar

Unique Floral Designs, Sophia Loves Letters, Luxe Linen, Tent Merchant, and Party Pleasers helped to bring their wedding to life. They were surrounded by the ocean to the west and the mountains to the east.