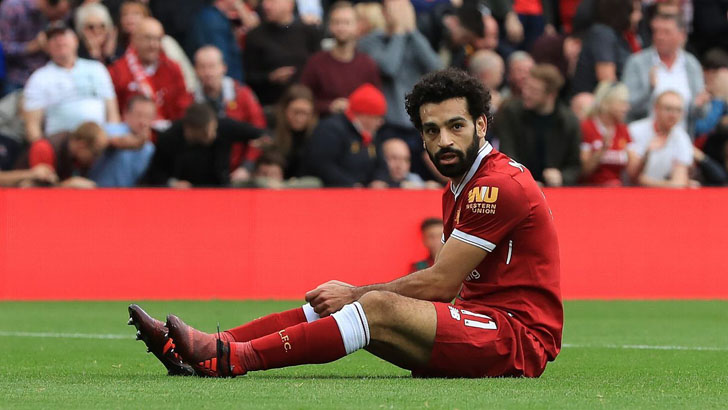 Liverpool and Egypt forward Mohamed Salah who suffered a shoulder injury in the Champions League final, says he is confident of playing in the World Cup. 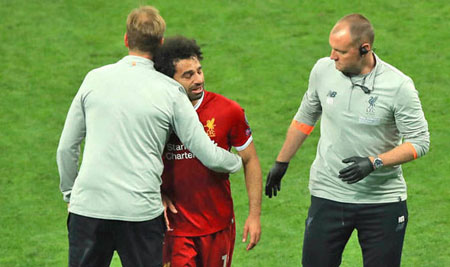 Salah had a heartbreaking end at Champions League final on Saturday evening, as the Liverpool forward suffered a game-ending injury in the first half against Real Madrid.

However, the Egyptian FA later tweeted that they had been informed Salah had sustained “a sprain in the shoulder ligaments”, raising hopes he could yet travel to Russia.

Klopp told his post-match press conference: “It’s a serious injury, a really serious injury. He is in the hospital for an X-ray. It’s either the collarbone or the shoulder itself. It doesn’t look good, that’s it.”

So here's a big question to everyone whether he will play at Russia and how long will he be out of the game. 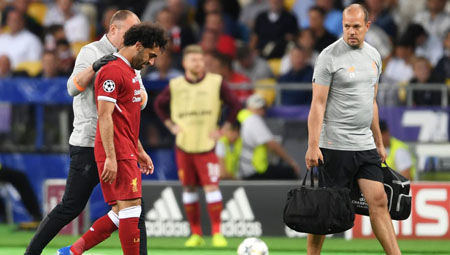 The NHS said, “A dislocated shoulder takes between 12 and 16 weeks to heal after the shoulder has been put back into place.”

The World Cup begins in just over two weeks’ time, and Egypt’s first match, against Uruguay, takes place on the second day of the tournament in Yekaterinburg.

Salah will obviously receive world-class treatment and there is a possibility that it is not a severe dislocation.

Sergio Ramos has wished Salah a quick recovery from the shoulder injury which forced the Liverpool striker off the pitch just 30 minutes into the Champions League final.

"Your love and support will give me the strength I need," said Salah.

It was a very tough night, but I'm a fighter. Despite the odds, I'm confident that I'll be in Russia to make you all proud. Your love and support will give me the strength I need. pic.twitter.com/HTfKF4S70e

Salah, who scored 44 goals for his club last season, tried to carry on after the tangle with Ramos in the 26th minute.

However, he was forced to leave the pitch a few minutes later and was replaced by Adam Lallana.