MLB Network's Sam Ryan's Married Life With Husband Jeff Ryan, Do They Have Children? All Details! 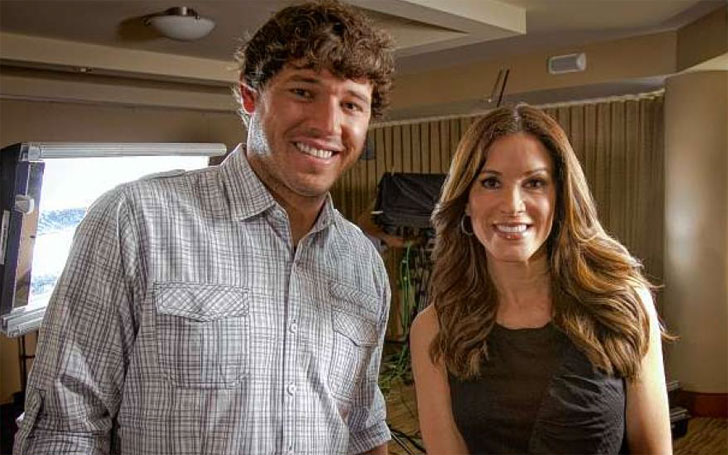 Every American who is a baseball fan and goes to the MLB Network knows who Sam Ryan is, she is a sportscaster who has been serving the Network since September 2011.

Ryan covered the NationLeaguegue Championship Series presented by Camping World recently. The talented sportscaster is a married woman. She is currently married to her husband Jeff Ryan who is a radio personality. We're focusing on Sam Ryan's married life here.

Are Sam Ryan and Jeff Ryan Happy In Their Marriage?

American sportscaster Sam Ryan is happily married to her husband Jeff Ryan. Sam and her husband have maintained their married life private- not disclosing even their marriage date and location.

The couple is blessed with two kids: a son Nicklaus Ryan who is 15 years old and a daughter Jensen Ryan who is 12 years old. Observing the age of their children, it is safe to assume that the couple is together for more than a decade

The sportscaster is quite active on social media, only professionally though. Sam Ryan rarely shares about her family on her social media, however, she has mentioned herself as "wife and mommy" on her Twitter bio which says a lot about her relationship with her family.

Sam's husband, Jeff is super supportive of her. She once revealed in an interview that her husband helps her manage all household things. She explained:

My husband is fabulous at managing the children, the homework,the family, the dinners.

The couple currently resides in Bay Terrace with their kids.

Before serving at the MLB Network, Sam was associated with WVIT Hartford, WFAN,  and ABC Radio Network in 1996. She then moved to Fox Sports N.Y. in 2000. In 2002, she moved to WABC-TV, ABC. She then served for various other networks namely ESPN in 2003 and CBS Sports and WCBS-TV in June 2006. Sam singed to MLB Network in September 2011. At the time, she was hired as a studio host and a reporter. The sportscaster works on MLB Network's game productions likeThe Rundown, Quick Pitch and different other studio programs.

During her 20 years of career, Ryan has received multiple awards including a local Emmy award for "Outstanding Series Feature-soft" in 1999 and a local AP award in 2000.