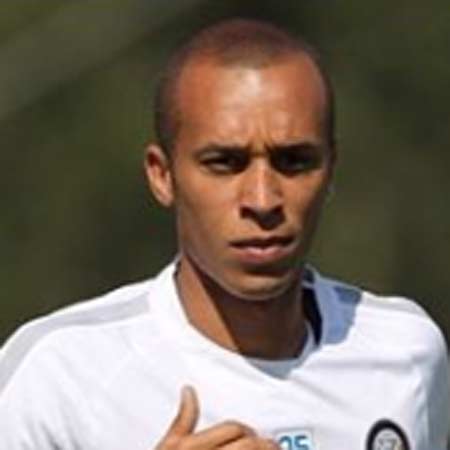 Joao Miranda or simply Miranda is the famous Brazilian footballer who is playing as a central defender for the Italian club, Inter - onale, and the Brazilian national team. Miranda began his career from Coritiba. He played for several clubs like Sao Paulo, Sochaux, and Atletico Madrid. The defender also represented his national team in several games. In 2016, he became the captain for Brazil’s 2014 FIFA World Cup team. As of 2018, he was selected in the final 23-man squad for the 2018 FIFA World Cup.

Miranda is married to Jaque Miranda. The couple shares two children, both boys.

Miranda started his football career from Brazilian football club, Coritiba. At the end of 2004-05 season, he scored 2 goals appearing in 49 matches. He signed a four-year-contract deal with Sochaux on 29th July 2005. He appeared in 20 games for the club.

On January 2011, Miranda signed a three-year contract agreement with Atletico Madrid. He made his debut for the club on 25th August 2011 in a 4-0 victory over Portuguese club, Vitoria S.C. On 10th September 2011, he made his La Liga debut in 1-0 loss to Valencia CF.

Miranda was called-up for the national team along with Thiago Silva, replacing Lucio and Luisao on 20th August 2007 in a friendly match against Algeria. But he did not make his debut as he was only an unused substitute. In 2009, he made his first international appearance in 2010 FIFA World Cup qualification match against Peru.

The Brazilian defender was part of the national squad that won the 2009 FIFA Confederation Cup, however, he played only one game in the tournament. He was listed as one of the seven players on standby for Brazil’s 2014 FIFA World Cup Team.

Miranda was selected in Brazil’s 23-man squad for the 2015 Copa America. On 21st June 2016, he became the captain of the Selecao replacing Neymar in a 2-1 victory over Venezuela. Later, he was announced to be Brazil’s captain for the Copa American Centenario.

Miranda prefers to use LV brand.

Miranda is a married man. He tied the knot with Jaque Miranda. The couple is very confidential when it comes to their relationship. They hardly reveal anything about their personal life.

The couple shares two children, Luquinhas and Jojo. The family often goes on vacations and outings.

Here is the video which shows Miranda's defensive skills: