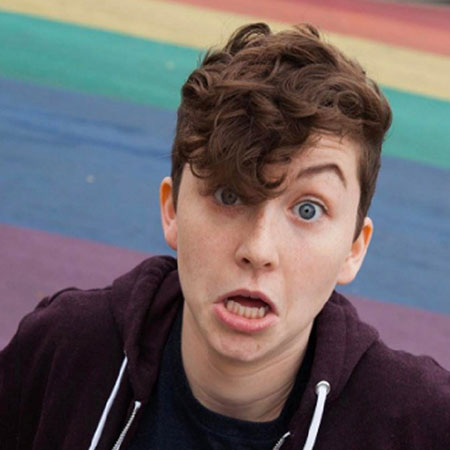 Amanda McKenna aka Miles McKenna is a popular YouTuber who is known for his LGBTQ activism. As of 2019, his channel  MilesChronicles has around 1.1 million followers, where he posts short comedic videos. His sexuality and gender identity are his main subjects and some of his popular videos include "Tattooing Myself For God" and "I Waxed Off My Eyebrows". Because of his popularity, he got an opportunity to make an appearance on a Hulu comedy series 'Grad Night', season 2 of Verizon Go90's 'Now We Are Talking' and drama series 'Guilty Party'.

Miles McKenna was born on November 2, 1995, in Los Angeles, the California United State of America under the zodiac sign Scorpio as Amanda. People of this zodiac sign are very determined and decisive.

He was not the only child born in his family, he has a brother named Alex Aks. He spent his childhood in Los Angeles and did his schooling there.

Yes, Miles McKenna is a transgender. He was identified as a girl at the time of his birth but was a confused child. Even though he was dressed like the girl his personally never felt comfortable identifying himself as a girl, neither he felt like a boy.

When he grew up he realized that he liked girls even though it was not socially expected. He revealed his sexuality through one of his videos.

When he came out, it was very painful for him as his parents kicked him out of the house.  Currently, he is no longer with his family member. But he is getting full support from his fans and followers.

He also changed his name legally from Amanda to Miles.

Miles McKenna started his career as a YouTuber on November 24, 2012, under the title MilesChronicles. He first created an account to deal with his angst but soon he also started to post comedy videos. Eventually, he became comfortable with his audience and decided to come out to them and announced in a video, that he was not straight.

After he made an announcement he started to get lots of support from his fans as well as he had to deal with a flood of hateful comments. He struggled for about months but eventually, bounced back in order to help other youngsters struggling with their sexuality. 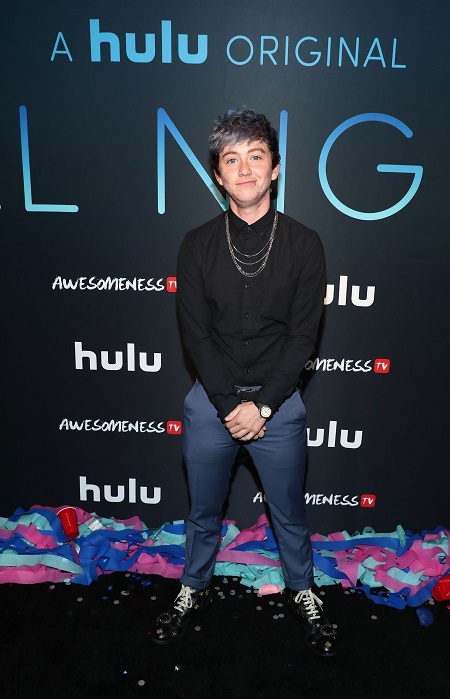 In July 2016, he uploaded a video titled 'HOW TO COME OUT TO HOMOPHOBIC/TRANSPHOBIC FAMILY', in this video he gives advice for viewers how to talk about their sexual orientation with unsupportive family members. In January 2017, he again uploaded another video 'SO I'M TRANS*', this video made him an icon for LGBTQ rights.

He has struggled a lot with his own sexual orientation and gender identity which is why he is very supportive of his viewers. Most of his videos are inspired by his personal experiences, he motivates his fans to embrace themselves for whoever they are. As of January 2019, he has more than 1.1 million subscribers on his YouTube channel.

Besides, he also made an appearance on the Hulu comedy series 'Grand Night' and Season 2 of Verizon Go90's 'Now We Are Talking'. In 2017, he even headlined tow nation-wide tours that covered 35 shows. He even made his appearance in the AT&T scripted drama series 'Guilty Party'.

Miles McKenna's net worth has not been revealed yet to the public, but as a YouTuber, he earns a decent amount of money. According to the source, a YouTuber earns about $10,000 for 100,000 views which breaking it down will make $100 per 1000 views.

Miles McKenna is a successful Youtuber and everyone is wondering if he is single or not. Well, to answer that question, as of 2019, he is single and very busy building his career. However, prior, he was in a relationship with a YouTuber named Amy Ordman. 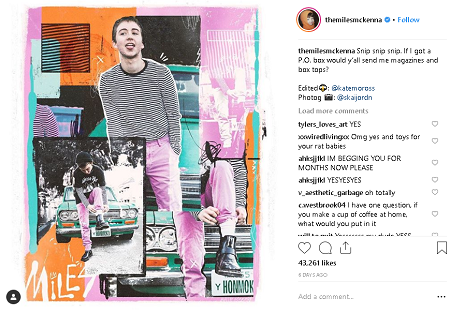 Below we can see Miles McKenna talking about his sexuality.

You May Also Like Hannah Hart, Ingrid Nilsen, Ann Reardon, and Domo Wilson.