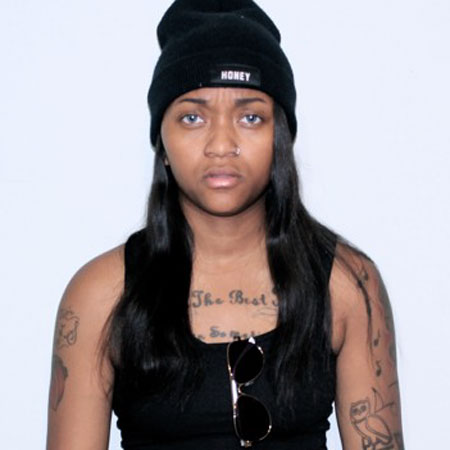 The 25 years old, Domo Wilson is a social media personality who is famous for her comedic videos on YouTube, Vine, Facebook, Instagram. She has a YouTube channel, Domo Wilson, and also runs collaborated channels' Domo and Crissy' and 'Domo and Crissy Vlog' along with Crissy Danielle. She is also a songwriter and also an instrumentalist.

Domo Wilson was born on 24th June 1994 in Chicago, Illinois, Unites States, and later on moved to Valparaiso, Indiana. Her birth name was Dominique. She is of American nationality and of black ethnicity.

She grew up along with her five siblings; four brothers and one sister in a friendly and entertaining environment. Her younger brother Michael was born in 2016.

Domo Wilson is a music as well as a comedy performer. To host a number of events at clubs and music she travels through the United States. She also delivers a motivational speech at schools too.

Domo Wilson along with Crissy Danielle collaboratively runs a YouTube channel named Domo and Crissy. In early 2017, the channel has over 1.4 million subscribers. They upload a video on YouTube once a week. The channel is so popular that in a day the channel gets over 30,000 views. Through the channel, they earn around $450 per day which makes $165,000 a year.

They have another channel and it is about vlogging. The channel has an increasing average of 1,000 subscribers every day. Across all its videos it is able to get an average of 350,000 views in a day. This results in a revenue of about $600 per day which makes $220,000 per annum from the advertisement.

The estimated net worth of Domo Wilson through the YouTube channel is about $150,000. YouTube pays about $2 to $5 per every 1,000 monetized views on a video.

Domo Wilson is very open about her sexuality and has revealed that she is a lesbian. When she was only at the age of five or six she came to know about her sexuality. At that small time, knowing about her sexuality she got scared because she did not know what to do with such feelings. However, when she reached 7th grade she started loving and having many more feelings for girls and since then she has openly disclosed her sexual preference.

On 2010 October 12, she wrote a letter to her mother by describing her sexuality that she is not straight and is a lesbian. Luckily in response, her mother readily accepted her.

Domo's fiance is Crissy Danielle. The couple got engaged in the year 2016 September. Soon the couple is going to be married but she said that they need some time to plan their big day. The couple first met during her freshman year of high school.  In the year 2016 July, she announced that she was pregnant through the sperm bank.

Before Crissy, she also had a girlfriend. In July 2015, she had posted a tweet where she had mentioned her ex but the named of that person was not mentioned. The reason behind posting that tweet, seemed like her ex-girlfriend had caused her some damage.