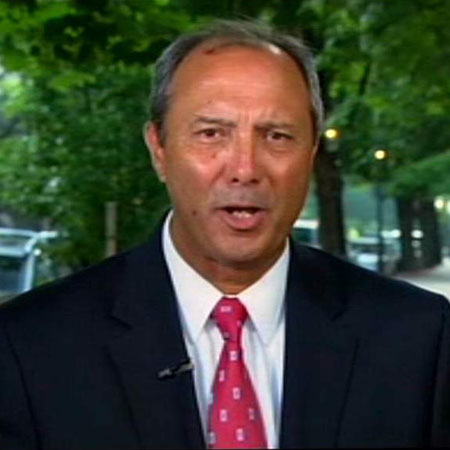 Mike Taibbi is a well-known journalist and television personality working at NBC News. He has won an Emmy Award and received Edward R. Murrow Award for his efforts and outstanding performance. He is known for his work in Today, NBC News Decision 2012 and NBC News Special: The Inauguration of Barack Obama.

Taibbi was born in 1949, in Hawaii, U.S. Born as Loren Ames Denny in Hawaii to Filipino-Hawaiian mother named Camilla Salinas; Salvatore Taibbi and Gaetana Taibbi adopted him at the age of eight.

Taibbi was raised with the name, Mike Taibbi in New York City. The surname, Taibbi is of Sicilian and Lebanese origin. He holds an American nationality and belongs to the white ethnic background.

Taibbi started his professional career in television as a reporter for WCVB-TV, Boston in the year 1971. He also worked as an investigate reporter for WNAC-TV in Boston and WNBC-TV and WCBS-TV in New York during that time.

In addition to his professional career as a journalist, Taibbi is also an author and has written a book named "Unholy Alliances: Working the Tawana Brawley Story".

He has written numerous articles in publications that include the New York Times, New York Times Magazine, Sports Illustrated, Boston Magazine, The Boston Globe, The Chicago Tribune and Yankee Magazine.

Taibbi has spent three months in Jordan and Iraq, where he covered the 2003 Iraq War and, in the summer of 2003. He returned to Afghanistan to prepare a series of eight reports for Nightly News and The Today Show on that country's progress.

Taibbi appears on the NBC Nightly News together with other co-hosts including Brian Williams, Lester Holt, Tom Costello etc.

Taibbi has reached an age of 68. He is married and has a child. He married Siobhan Walsh after having an affair for several years. The couple has a son named Matt Taibbi who is a contributing editor for Rolling Stone. Matt has reported on politics, media, finance and sports and has authored several books.

Taibbi currently resides in New York City with his wife and family.

Taibbi has won numerous awards during his career, which include more than 30 local Emmy Awards and 1 national Emmy Award. He has also won five Edward R. Murrow Awards, an Atlanta Film Festival Gold Medal and dozens of other national awards for broadcast and print journalism.?