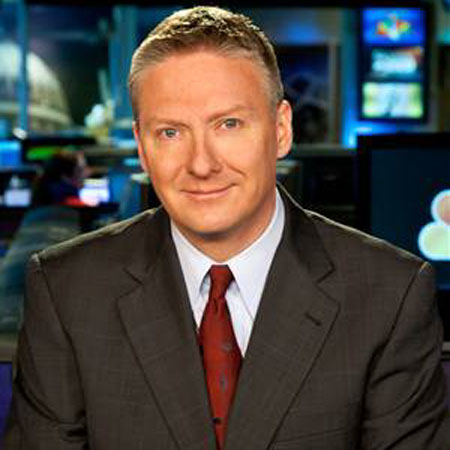 Thomas Costello is a 54 years old American journalist and correspondent for NBC News based in Washington D.C. His reports appear across NBC news platforms in shows like The Today Show, NBC Nightly News, MSNBC, and CNBC.

Costello's major recent a s signments include the ‘Philadelphia train derailment that killed 8’, ‘the protests in Baltimore over allegations of police conduct’, ‘the loss of Malaysia Airlines flights 370 and 17’, ‘ the crash landing of Asian 214 in San Francisco’, ‘ the investigation into Air France 447’ and earthquakes and tornadoes.

Thomas Costello was born in 1963 in the USA. He attended the University of Colorado at Boulder in 1987 for a bachelor's degree in broadcast journalism. He also received his master's degree in Administration/International Commerce from Boston University in 1996 at its Graduate Centre in Brussels.

Thomas Costello worked at CNBC business news from 1996 to 2004. He joined NBC News in 2004 as a New York-based correspondent and in 2005 moved to Washington, DC. Since 2005, Costello has been NBC News's lead aviation correspondent.

Before joining CNBC, Costello contributed to Financial Times TV and CNN while earning a master's degree in Brussels, Belgium.  He spent six years at KUSA-TV in Denver, and two years at KVIA-TV in El Paso, TX.

Costello a s signments have taken him around the world – from the terrorist bombings in Madrid to the Korean DMZ, across the Persian Gulf, Russia, Kazakhstan, Japan, Central America, Eastern and Western Europe.

Thomas Costello is a married man. He married Astrid Boon. His wife is a Belgium national. They met each other during his master's degree in Brussels, Belgium.  They have 2 daughters Emma Boon and Julie Costello/

Thomas Costello had struggled with lower back pain over the last few years.  He took it as something that comes with your 40s but later it spiraled to something serious. He had to see orthopedic specialists, physical therapists, and chiropractors in search of relief. But the pain was always nagging, never really going away.

Thomas somehow manages the pain with painkillers while working, but it apparently hasn’t been pleasant. There were days and weeks when he was miserable dealing with it all the time. Finally, he consults with a surgeon and he is feeling better now.

Thomas Costello has been awarded national and regional Emmy awards, National Headliner Awards, awards from the Society of Professional Journalists, the DuPont-Columbia University Award for Excellence in Journalism and awards from the Associated Press, Gannett, the Radio Television Digital News Association, the University of Colorado and Boston University.

Thomas Costello is paid a huge salary at NBC for his appearance. His net worth is estimated to be $50,000- $99,999. He mentioned being happy with his salary at NBC.