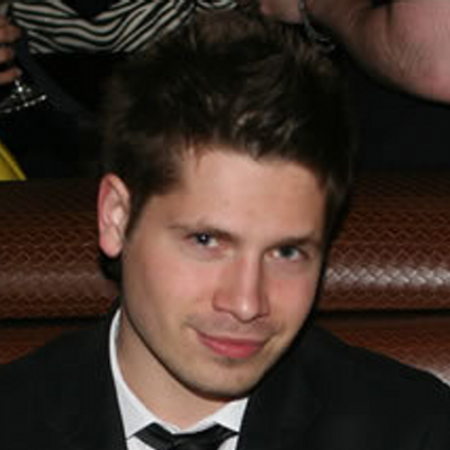 Mike Lobel is a Canadian actor best known for playing the role of Jay Hogart in the Family Channel teen television show, Degra s si: The Next Generation.

Lobel, who was previously in a relationship with his Degra s si co-star Ca s sie Steele for three years, seems to be single at present.

Born in Toronto, Ontario, Studied at Etobicoke School of the Arts

Mike Lobel was born as Michael Ryan "Mike" Lobel on March 7, 1984, in Toronto, Ontario, Canada, under the birth sign Pisces.

He was raised along with two siblings in Ontario; he has an elder half-brother and both share the same father. He is of American nationality and belongs to white ethnicity.

Lobel was very young when he developed an interest in music and visual arts. Thus, he joined the Etobicoke School of the Arts to study acting.

He later attended ESA from 1998 to 2003, from where he first majored in music and later switched to drama.

During his school days, Lobel formed several musical groups. He currently works on his solo project.

Mike Lobel started his acting career when in his graduating year at ESA, and in 2003, he made his film debut with a small role as a street thug in an adaptation of Oliver Twist entitled Twist  alongside Nick Stahl.

He was later cast as a manipulative school bully, Jay Hogart, on the Family Channel series, Degra s si: The Next Generation. He appeared on the show alongside Lauren Collins, Miriam McDonald, Ca s sie Steele, Shane Kippel.

Lobel once stated that in his real life, he is nothing like his character. He initially auditioned for the role of Dylan Michalchuk (which later played by John Bregar) but instead, he got the role of Jay Hogart.

He then appeared in numerous hit television series such as Zixx: Level One, Sue Thomas F.B.Eye, Selling Innocence and Booky Makes Her Mark.

In 2007, Lobel guest-appeared on the TeenNick television drama series, The Best Years. In 2015, he played the small role of marc in the television film, The Music In Me.

Being one of the successful stars of Degra s si: The Next Generation, Mike Lobel made a huge amount of money throughout his acting career.

Lobel has an estimated net worth of $1 Million, according to various online sources. As for his salary, sources have claimed that just like many other Degra s si stars, Lobel was getting around $50 thousand per episode.

Previously In a Relationship With Ca s sie Steele

Moving towards the relationship status of Mike Lobel, the 35-year-old television star seems to be single at present.

However, the Degra s si actor was previously in a romantic relationship with his Degra s si: The Next Generation co-star Ca s sie Steele.

The former couple started dating in 2010 but after staying together for three years, the two called it quits without disclosing the reason for the split.